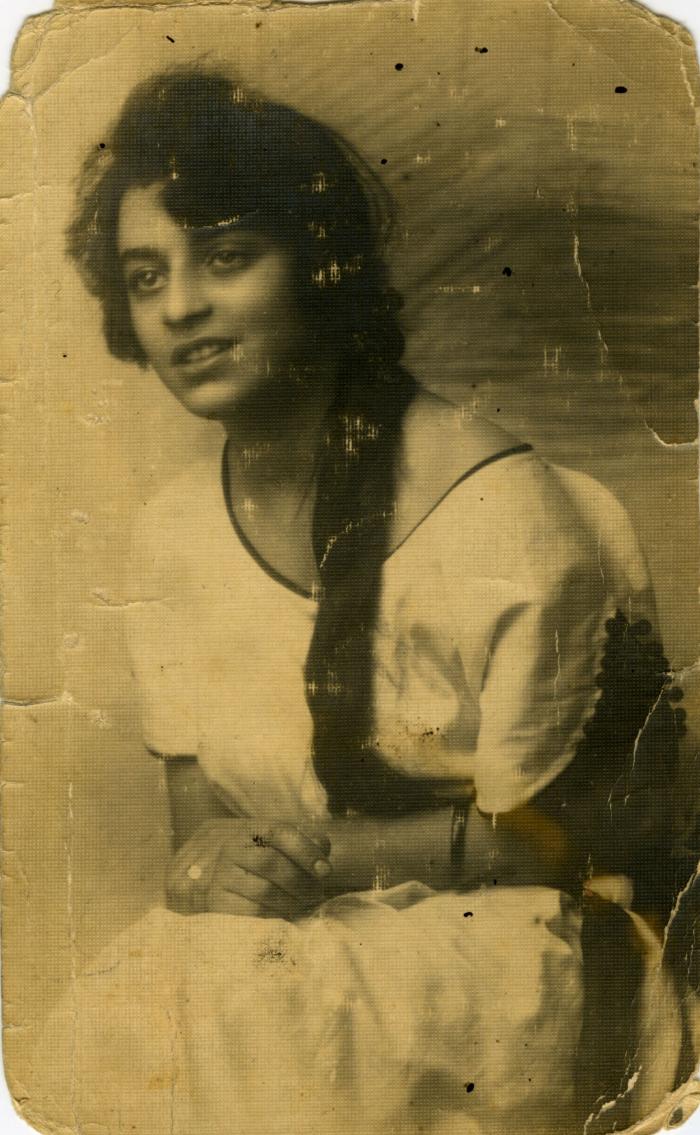 Resource TypeStill Images
Date of Creation[before 1927]
GenrePhotographs
Identifier2020.010.005
CreatorHollander, Arthur
Location in CollectionArthur Hollander fonds > Photographs
Administrative/Biographical HistoryArthur Hollander (b. 1949 in Nairobi, Kenya) is the son of Holocaust survivors Ruth (Rozalia, née Herbstein) and Leopold (Lolek) Hollander (Holender), middle class Polish Jews originally from Warsaw, Poland. Ruth (b. 1914, d. 2001) and Leopold (b. 1914, d. 1998) left Warsaw on November 20, 1939 for Grodno, where they received mail from Ruth’s sister Justyna in Warsaw sent to them via the address of a relative resident in Grodno. In 1940, the Hollanders were deported by the Soviets to a forced labour lumber camp in Siberia; some mail was forwarded to them at this camp, months after being posted from Warsaw. In September, 1941 they travelled to Krasnovodsk, Kazakhstan by train to join the tenth division of the Polish army. They travelled to Iran in 1942, then Karachi, India with the Polish army. In 1943 they were resident in a displaced persons camp in Uganda and moved to Kenya in 1944, where they had three children (Renata, Arthur and Ann) and raised their family. None of their Warsaw relatives survived the war.

Arthur Hollander attended boarding school and the University of London in London, England, from 1962 to 1972. In 1975, he, his parents and youngest sister and her family immigrated from Central and South Africa to Canada. Arthur and his parents settled in Vancouver in 1986. He married in 1987 and had two sons. Arthur Hollander lives in Richmond, BC, where he tutors students in math and physics and is a partner in a property management company. He has spoken about his parents’ story to audiences in Richmond and Vancouver.
Extent & Medium1 photograph : 13 x 8 cm
Scope & ContentItem is a portrait of Arthur Hollander’s paternal aunt, born in 1903, died in a car crash in Warsaw in 1927.
Part ofPhotographs
Permalinkhttps://collections.vhec.org/Detail/objects/8518