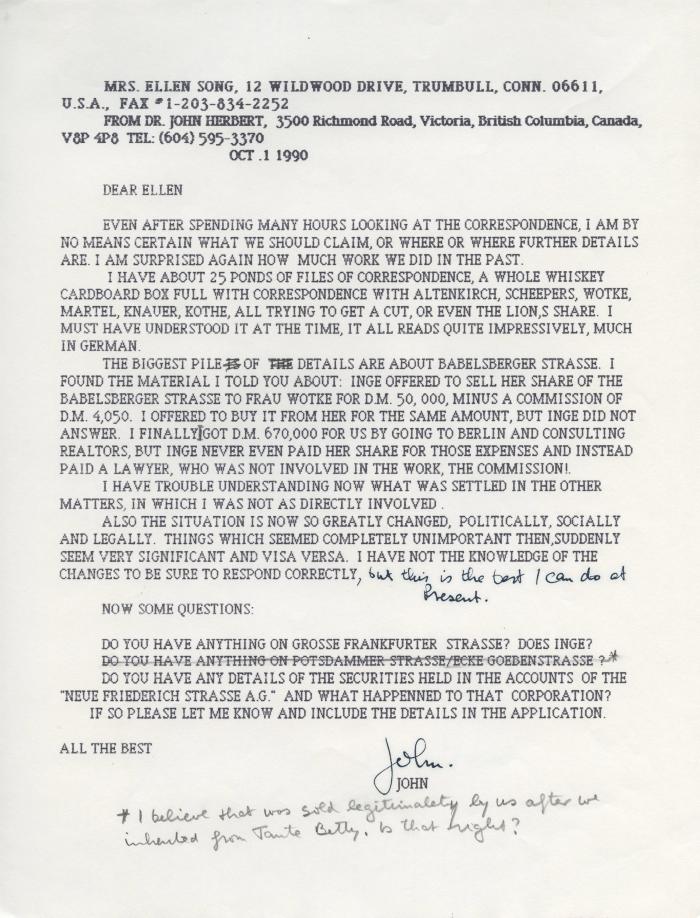 IdentifierRA008-04
Extent & Medium53 cm of textual records
7 photographs : black and white
Date1924–2010
CreatorHerbert, John David
Administrative/Biographical HistoryJohn David Herbert (birth name Heinz Herbert Karpowitz, b. March 26, 1924, in Berlin, Germany) was from an affluent Jewish family, the second child of Otto Karpowitz and Frieda Abraham. He had two sisters: Inge Johanna Karpowitz (b. 1921) and Ellen Ruth Karpowitz (b. 1929). Otto Karpowitz was the owner of the Sportspalast in Berlin, a popular venue for the Nazi Party’s speeches and rallies, and heard Adolf Hitler’s plans to conquer Europe and eliminate the Jews. He moved the family to The Hague, Netherlands, in 1931. In 1937, Otto, once again fearing danger, brought John to England, enrolling him at Lindisfarne College, a private school. He left John at school and never returned. From 1940 to 1941, John was interned at Huyton Alien Internment Camp, near Liverpool. In the Netherlands, John’s mother and sisters survived the Holocaust in hiding. His father did not survive; he was arrested and died in Auschwitz in 1944.