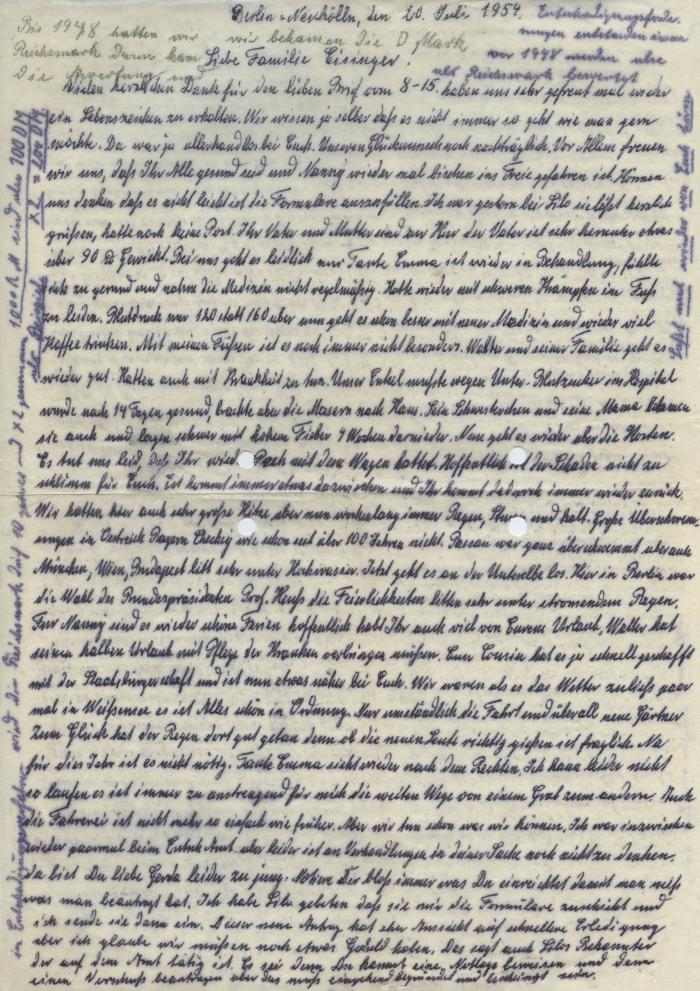 IdentifierRA009-02
Extent & Medium1 cm of textual records
Date1939–1954
CreatorEisinger family
Administrative/Biographical HistoryThe Eisingers were a Jewish family who lived in England and what is now the Czech Republic during and shortly after the Holocaust. The documents in this fonds pertain mostly to Bedrich Eisinger (birth name Fritz Eisinger, b. June 21, 1905, in Vienna, Austria) and his wife, Gerda Eisinger (birth name Gerda Sara Marcus, b. April 16, 1916, in Berlin, Germany).

Bedrich died January 12, 1980, in Seattle, Washington, United States. Gerda died September 2, 1988, in Vancouver.
Scope & ContentSeries consists of letters and letter fragments in German from members of the Eisinger and Marcus families.
Archival HistoryRecords maintained by Bedrich and Gerda Eisinger until their deaths in 1980 and 1988. Records maintained by Barbara Eisinger until their donation to the VHEC in 2013.
LanguageGerman