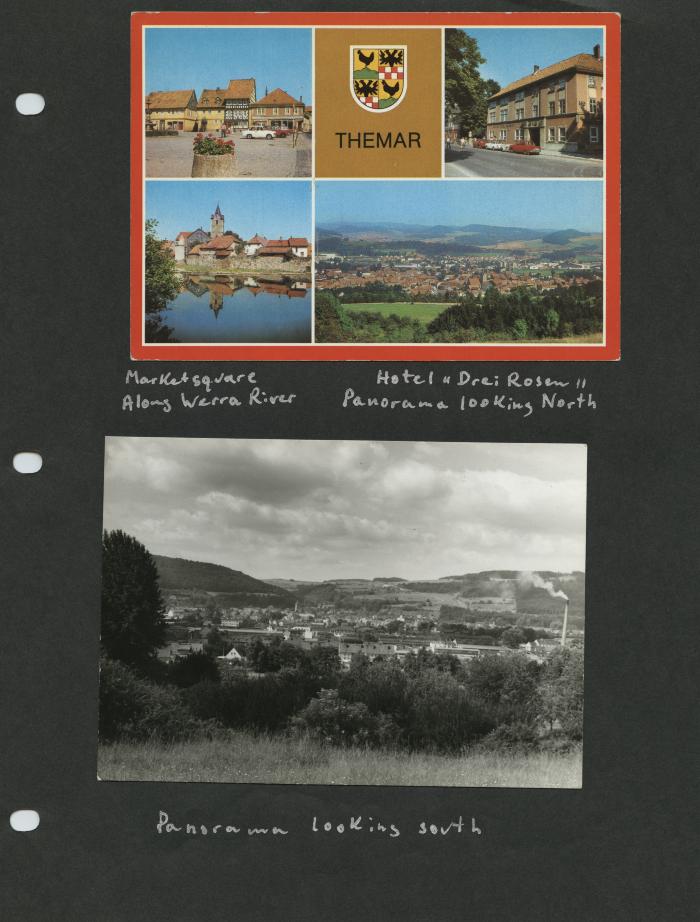 IdentifierRA005-01
Extent & Medium4 cm of textual records
circa 145 photographs : black and white, colour
Date[192-]–1983, predominant 1983
CreatorRosengarten family
Administrative/Biographical HistoryThe Rosengartens were a Jewish family who lived in Themar, Thüringen, Germany, until their escape to Shanghai, China, in 1939. The documents in this fonds pertain mostly to Manfred Rosengarten (b. July 15, 1921, in Themar, Thüringen, Germany) and his son, Andrew Manfred Rosengarten (b. April 8, 1950, in Martinez, California, United States).