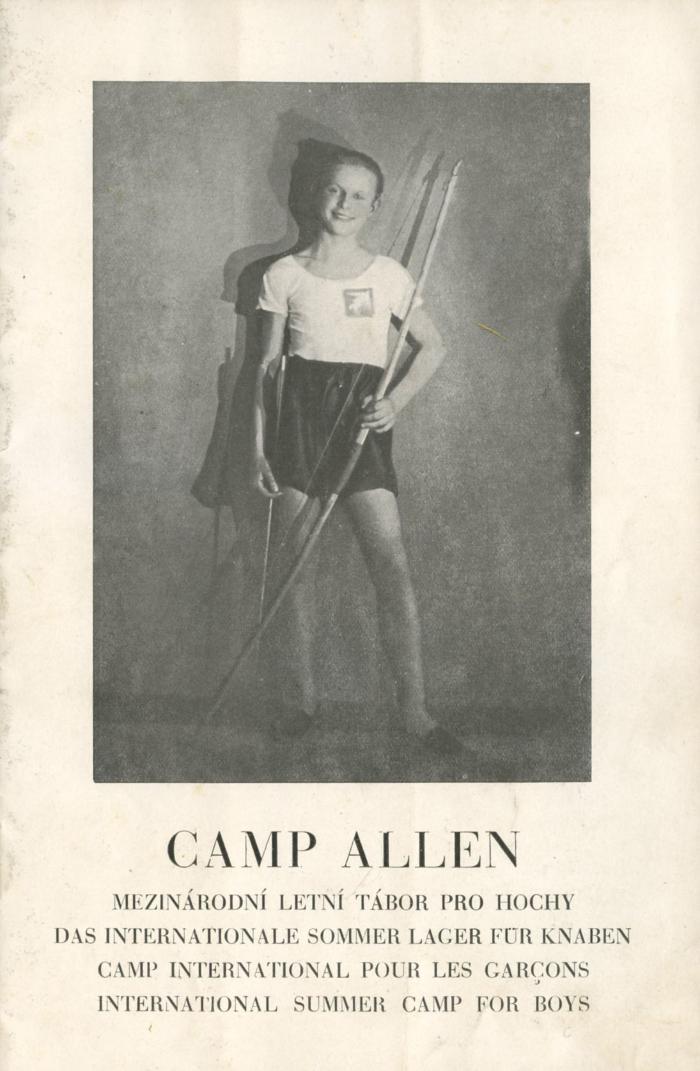 IdentifierRA010-07
Extent & Medium1 photograph : black and white
1 photo album : circa 65 photographs
8 electronic records (tifs)
Date[192-]–[circa 1947]
digitized 2016
CreatorSonner family
Administrative/Biographical HistoryEric Sonner (birth name Eric Sonnenschein, b. 1916 in Šumperk, Moravia, Austrian Empire) and Rose Sonner (née Ruzena or Roszi Deutsch, b. 1917 in Veľká Bytča, Trencsén county, Kingdom of Hungary) were Ashkenazi Jews from what is now the Czech Republic; both lost their first spouses during the Holocaust. They married in 1947 and immigrated to Vancouver, via Gottenberg, New York and Toronto, in 1949.

Rose Sonner died in 1971. Eric Sonner remarried in 1981 to Rita Edna Israels, who died in 2003. Eric Sonner died in 2009.
Scope & ContentSeries consists of digital scans of wedding photographs and portraits of Eric and Rose Sonner, and an album of photographs from Eric Sonner’s summer vacation at Camp Allen as a boy in Czechoslovakia. Series consists of the following files: 1. Portrait of Eric and his first wife, Trude Schnitzler ([193-?]); 2. Camp Allen [192-]; Photographs of Eric and Rose Sonner [circa 1947].
Archival HistoryAccession 2016.006