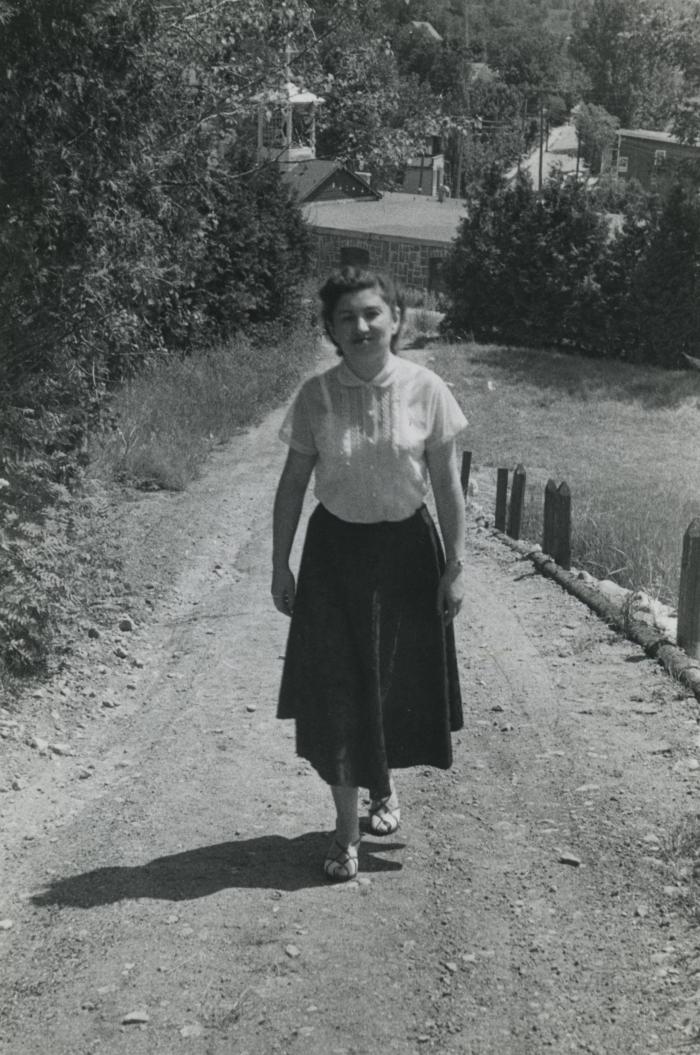 IdentifierRA013-01
Extent & Medium40 photographs: black and white
Date[1912?]–1982
CreatorPhillips, Jennie
Administrative/Biographical HistoryJennie Phillips (birth name Jennie Lifschitz, b. July 8, 1924, in Montreal, Quebec, Canada) was perhaps the only Canadian-born Holocaust survivor. Jennie was born to Abraham Lifschitz (b. 1899; d. 1970) and Paula Blumberg (b. 1897; d. 1941), Jewish immigrants from Liepāja (Libau), Latvia. Their eldest son, Ruben, was born in Liepāja in 1920. Jennie and her older sister, Dora (b. 1922; d. 2005), were born in Montreal. Shortly after Jennie was born, Abraham and Paula separated and Paula and the children left Montreal for Liepāja in November 1924. In Liepāja, Paula and the children lived in poverty. Jennie and her siblings were separated so that their mother could work. In 1931, Abraham sent for the two oldest children, Ruben and Dora, and they returned to Montreal to live with him. Jennie lived with her mother in Liepāja until her mother remarried in 1937 and moved to Telz, now Telšiai, Lithuania. Jennie went to live with her grandmother, Malke Blumberg (b. 1863; d. 1941).

Jennie Phillips died August 9, 2005, in Vancouver.
Scope & ContentSeries consists of photographs of Jennie Phillips, her family, friends and places she visited.
Archival HistoryPhotographs taken before 1945 possibly in Abraham Lifschitz’s possession until his death in 1970. Records maintained by Jennie Phillips until her death in 2005. Records maintained by her daughter, Rachel Mines, until their donation to the VHEC in 2011.
LanguageEnglish, German, Yiddish
NoteTitles and descriptions supplied in part by Rachel Mines.