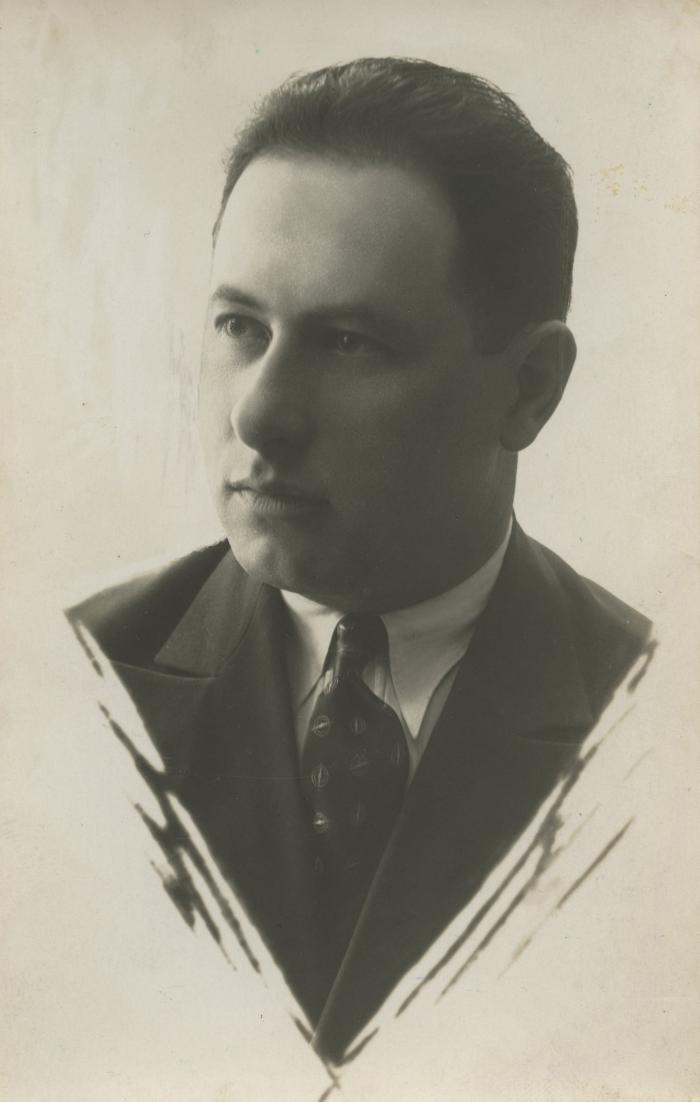 IdentifierRA014
Extent & Medium1 cm of textual records 16 photographs : black and white
Date1922–[195-], predominant 1946–1952
CreatorMines, Sender
Administrative/Biographical HistorySender Mines (b. March 18, 1909, in Skuodas, Lithuania), a Lithuanian Jew and Holocaust survivor, was born to Mayer Mines and Rachel Aizen. He was the youngest of nine children. The family was poor and Sender left school at age eight to work on the family farm. He eventually learned to be a shoemaker, or bootleg maker. In 1936, Sender moved to Kaunas (Kovno), which was, at the time, the capital city of Lithuania. In 1937, he married his Uncle Yossel’s daughter, Chaja Mines (b. 1904), who had a daughter, Miriam (b. 1932; d. 1944). Sender and Chaja had a son, Emanuel Mines (b. 1938; d. 1944).