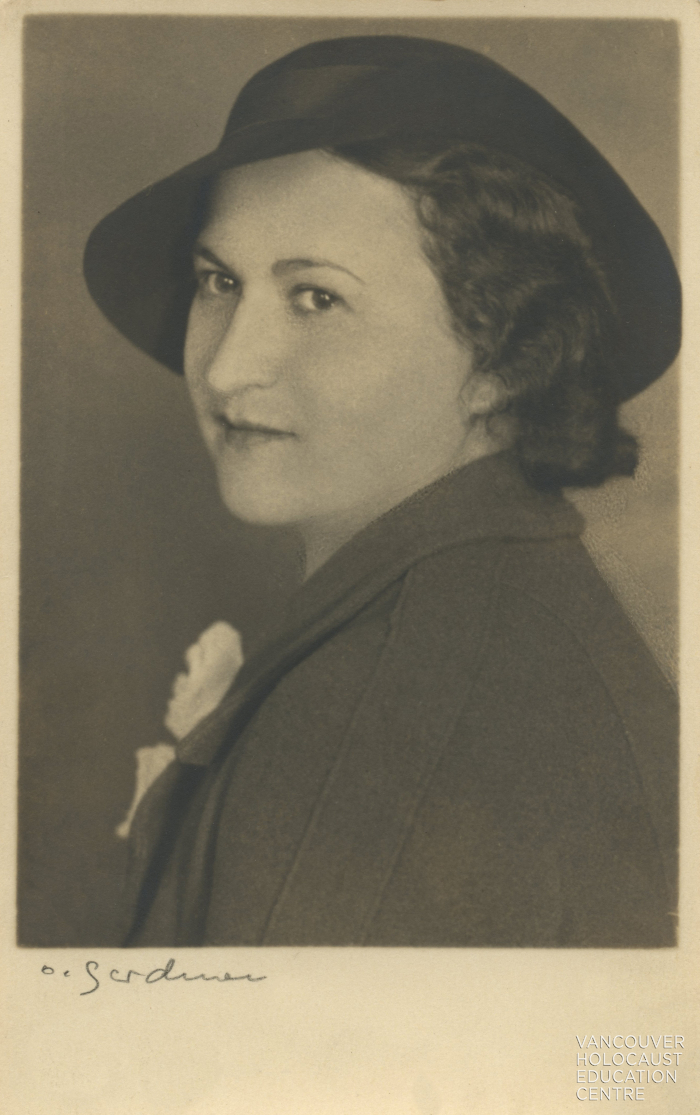 IdentifierRA011-01
Extent & Medium30.75 cm of textual records
21 photographs : black and white
Date1917–[197-?]
CreatorWarren, Gisele
Administrative/Biographical HistoryGisele “Gisa” Warren (birth name Gisele Dunner, b. January 8, 1902, in Kraków, Poland) was a Polish Jew and Holocaust survivor. She was the fourth of six children born to Baruch Dunner (b. 1871; d. 1943) and Ruchel Unger (b. 1871; d. 1943). Gisele was twelve years old when her family moved to Vienna, Austria, following the start of the First World War. In Vienna, Gisele attended commercial school and, after graduating, worked as a secretary.