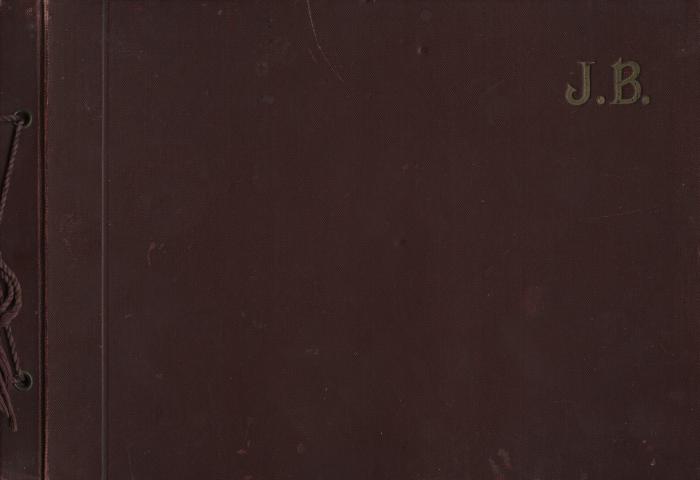 Julia died September 22, 1979, in Ottawa; Leo on June 2, 1985. Rosa died March 17, 1994.
Scope & ContentFile is red photograph album with debossed “J.B.” in upper right corner of cover, indicating the album possibly belonged to Josef Baltuch, or Josef and Rosa Baltuch. Photos in album depict Josef and Rosa Baltuch and their families before and after the Second World War, including photos taken in Lucaveti, Romania, and photos of a trip to Zürich, Switzerland. Many photos missing from album. Some photos appear to have been acquired from other albums.
Archival HistoryRecords maintained by Rosa Baltuch after the deaths of Leo and Julie Schmucker and until her death in 1994. Records maintained by family friend, Micha Menczer, until their donation to the VHEC in 2010.