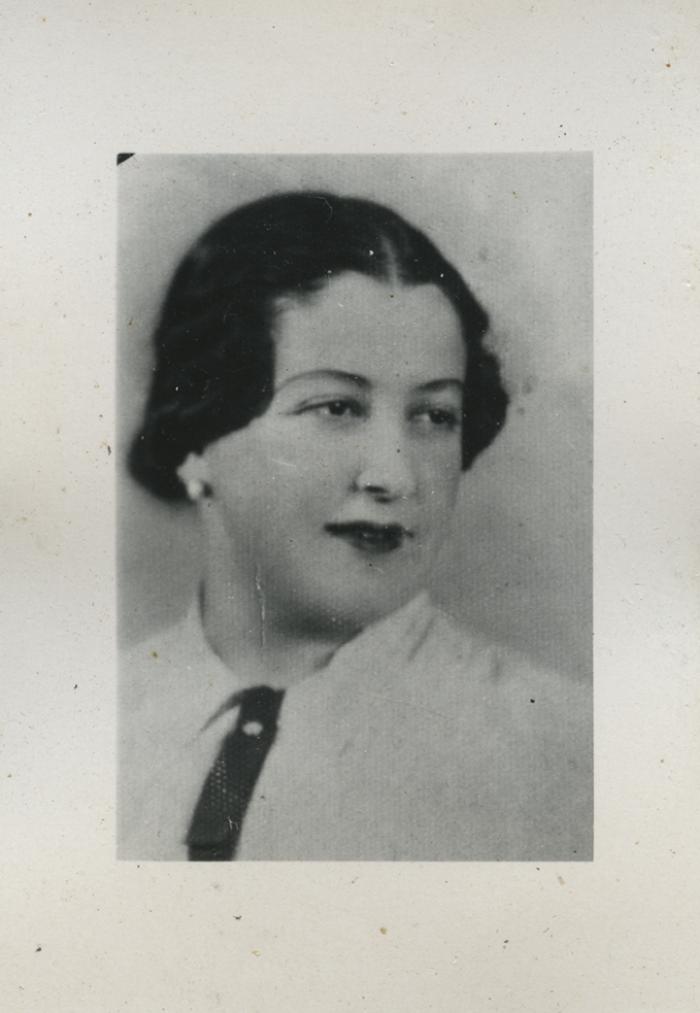 Julia died September 22, 1979, in Ottawa; Leo on June 2, 1985. Rosa died March 17, 1994.
Scope & ContentFile contains studio portraits of Rosa Baltuch, as well as Leo Schmucker in army uniform.
Archival HistoryRecords maintained by Rosa Baltuch after the deaths of Leo and Julie Schmucker and until her death in 1994. Records maintained by family friend, Micha Menczer, until their donation to the VHEC in 2010.
NoteArrangement note: Photographs removed from original wallet-sized photo album for preservation purposes and described in order displayed in the album.