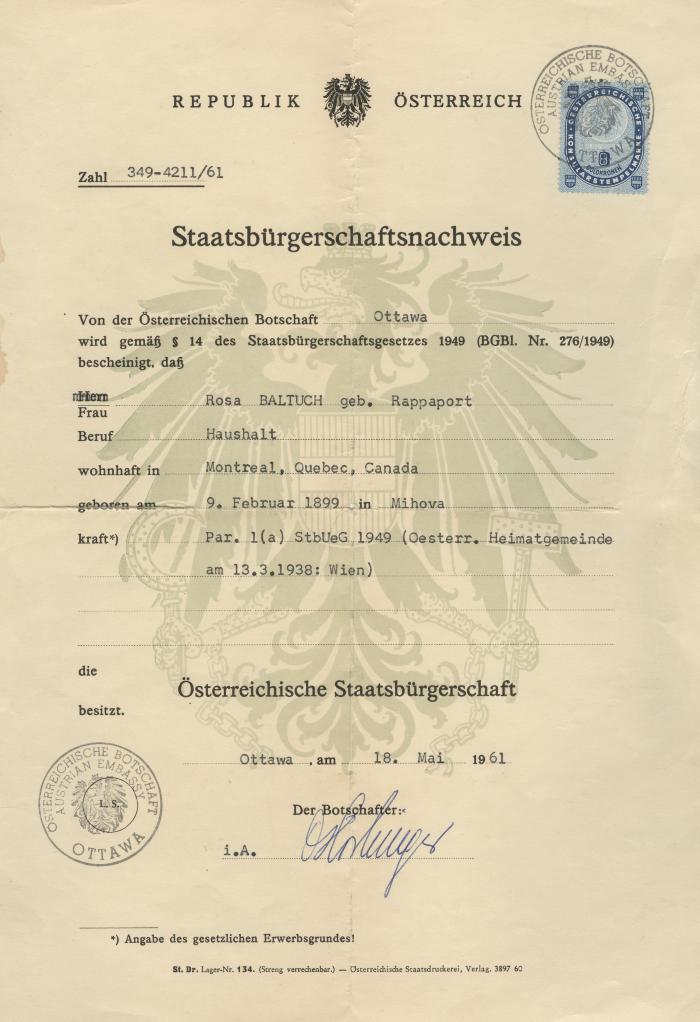 Access Points
National identity & citizenship
Identity documents
Marriage
Rights
Conditions on Use
Materials available for research and education purposes only.
Conditions on Reproduction and Publications
Permission to publish, copy or otherwise use these materials must be obtained from the VHEC.
Licensing

Julia died September 22, 1979, in Ottawa; Leo on June 2, 1985. Rosa died March 17, 1994.
Scope & ContentSeries consists of vital records, citizenship documents, licenses and certificates, army demobilization document, and burial permit relating to the lives of Josef Baltuch, Rosa Baltuch, Leo Schmucker, and Julia Schmucker.
Archival HistoryRecords maintained by Rosa Baltuch after the deaths of Leo and Julie Schmucker and until her death in 1994. Records maintained by family friend, Micha Menczer, until their donation to the VHEC in 2010.
LanguageGerman, Romanian, French, English, Russian