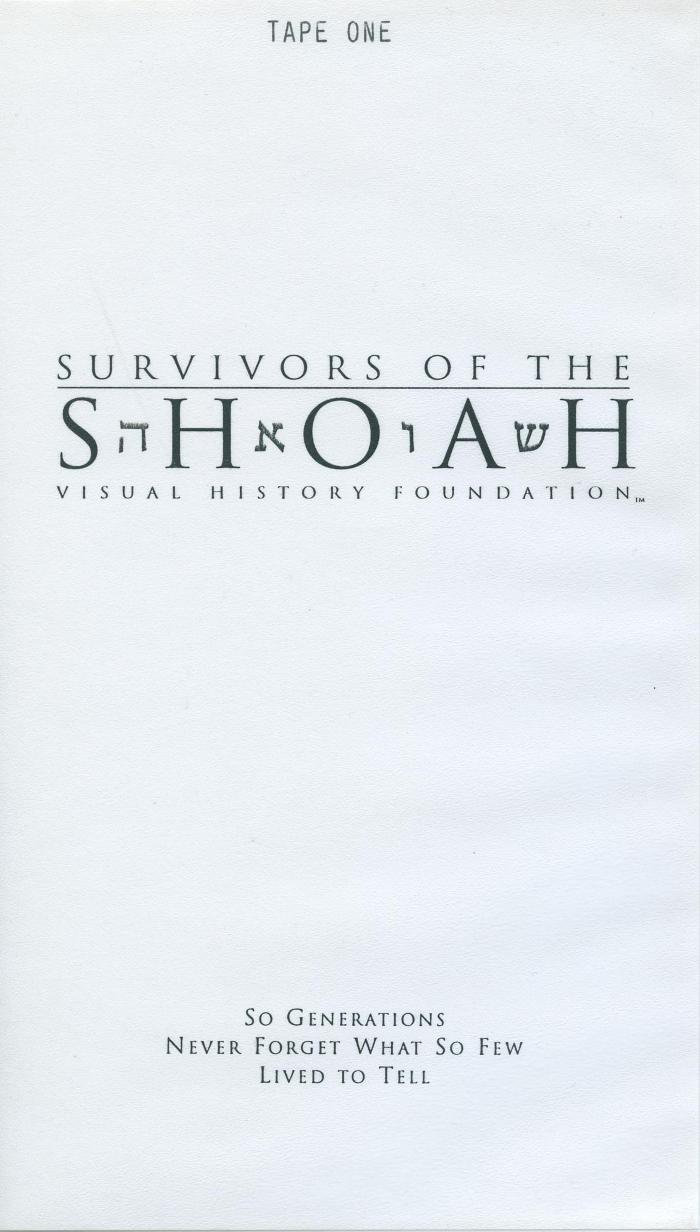 Survivors of the Shoah
Access Points
Personal narratives
Rights
Conditions on Use
Materials available for research and education purposes only.
Licensing

IdentifierRA010-06-00-02
Extent & Medium2 videocassettes
Date1996
CreatorSonner family
Administrative/Biographical HistoryEric Sonner (birth name Eric Sonnenschein, b. 1916 in Šumperk, Moravia, Austrian Empire) and Rose Sonner (née Ruzena or Roszi Deutsch, b. 1917 in Veľká Bytča, Trencsén county, Kingdom of Hungary) were Ashkenazi Jews from what is now the Czech Republic; both lost their first spouses during the Holocaust. They married in 1947 and immigrated to Vancouver, via Gottenberg, New York and Toronto, in 1949.

Rose Sonner died in 1971. Eric Sonner remarried in 1981 to Rita Edna Israels, who died in 2003. Eric Sonner died in 2009.
Scope & ContentFile contains two VHS testimony video recordings produced by Survivors of the Shoah Visual History Foundation.
Archival History
LanguageEnglish
NoteTestimony is indexed on http://vhaonline.usc.edu/
RightsMaterials available for research and education purposes only. Permission to publish, copy or otherwise use these materials must be obtained from the copyright holder.