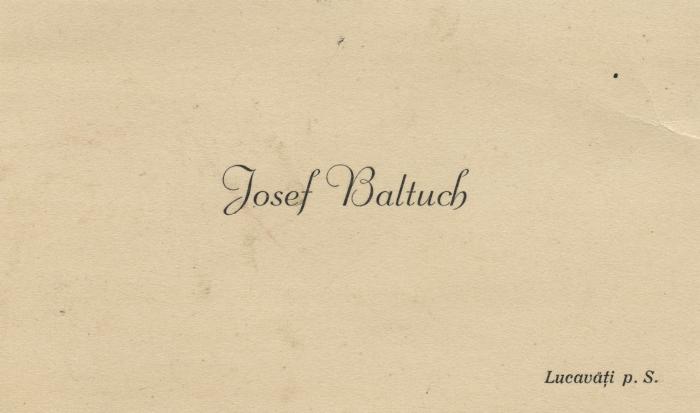 Julia died September 22, 1979, in Ottawa; Leo on June 2, 1985. Rosa died March 17, 1994.
Scope & ContentSeries consists of postcards, pamphlets, tourist maps, newspaper clippings, business cards for Josef and Rosa Baltuch, souvenir luggage tag, and more. Collector or collectors of items unknown.
Archival HistoryRecords maintained by Rosa Baltuch after the deaths of Leo and Julie Schmucker and until her death in 1994. Records maintained by family friend, Micha Menczer, until their donation to the VHEC in 2010.