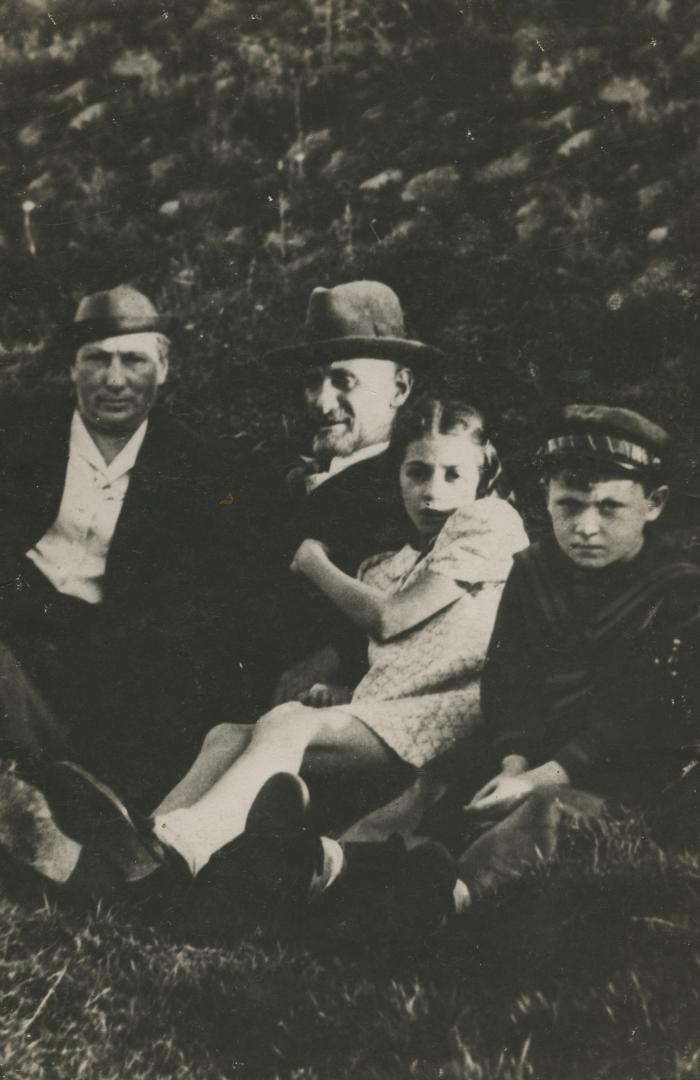 Abrasha Kaplan died October 21, 1983, in Vancouver. Ida Kaplan died January 19, 2021 in Vancouver. Odie Kaplan currently lives in Vancouver.
Scope & ContentFonds consists of vital records, citizenship documents, correspondence, photographs, slides, published materials, manuscript, videocassette, audio cassettes and objects relating to the lives and interests of the Kaplan family. Fonds has been arranged into the following series: Kaplan family personal records series (1994–1948); Kaplan family correspondence series (1947–1960); Kaplan family audio-visual materials series ([circa 1975], 1992); Kaplan, Shak family collected published materials series ([before 1989]); Kaplan, Shak photographs series ([193-]–1992); Kaplan, Shak family artefacts series (1946–1949); Boris Shak manuscript series ([199-]) and Odie Kaplan Theresienstadt visit materials series (1993).
Immediate Source of Acquisition or TransferDonated by Boris Shak in 1993 and 1996. Accrual donated by Odie Kaplan in 2015, 2017 and 2018.
AccrualsFurther accruals are possible.
LanguageEnglish, Yiddish, French, German, Czech, Russian, Polish
System of ArrangementFonds has been arranged into eight series which reflect the major activities of the Kaplan and Shak families, as well as thematic divisions as it came to the VHEC. Select records, primarily photographs and some documents, have been described to the item level. Other items have been digitized as media representations of fonds, series and file-level descriptions.
RightsDonor relinquished rights to materials in fonds upon their donation to the VHEC but the fonds contains third-party materials for which copyright was not transferred. Researchers are responsible for determining the appropriate use or reuse of materials.
Rules or ConventionsISAD(G) informed by RAD.
Archivist's NotePrepared by Sarika Kelm in March 2017. Updated July 2017 by Shyla Seller to add audio cassette testimony and related scans. Updated July 2017 by Sarika Kelm.
Date of Description2017