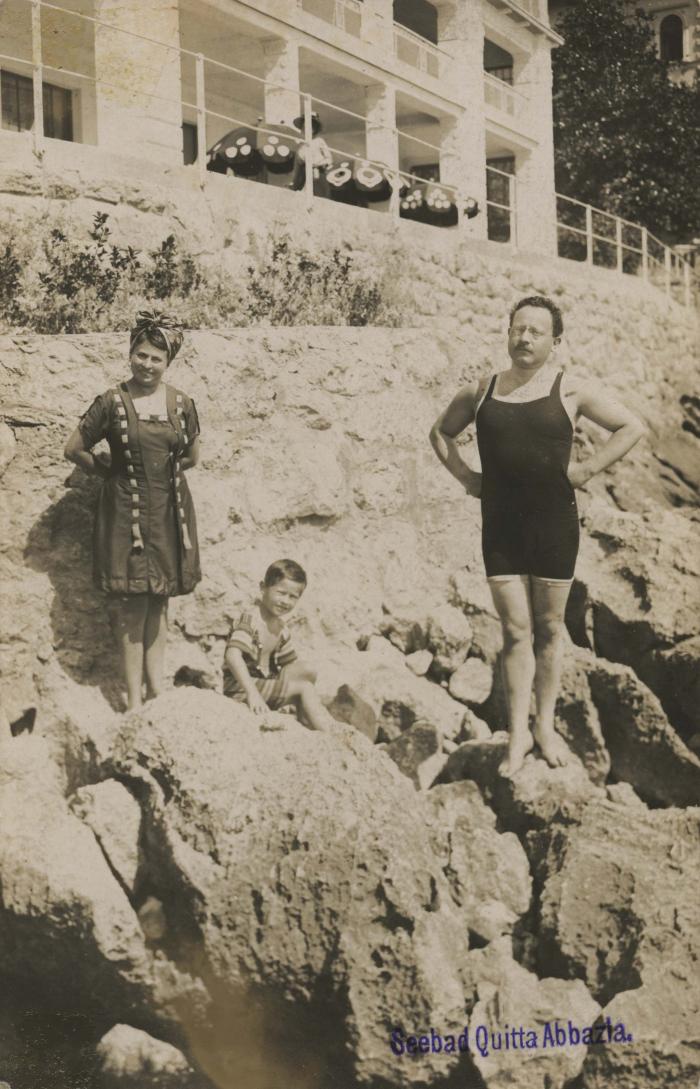 IdentifierRA001-01-02
Extent & Medium5 cm of textual records
Date[191-]–[193-]
CreatorKraus family
Administrative/Biographical HistoryKraus was the family name of Gerda Gottfried’s husband Hans, who brought to their 1947 marriage much of his family’s documentary history. He was the only child of Edmund and Irma Kraus (nee Mosauer). They were wealthy Ashkenazi Jews and were very integrated into Austrian society. Edmund, a highly educated man, served with distinction in the First World War as a doctor – he was commended by the Red Cross for his services – before returning to set up a successful dental practice. He died in the early 1930s before Hitler’s rise to power. His widow and son fled to Shanghai in 1938 or 1939, losing all their belongings and wealth in the journey; Hans met Gerda Gottfried there in 1945 and they married in 1947. Irma and Hans both emigrated to Vancouver in the late 1940s.
Scope & ContentSeries documents the pre- and interwar life of the Kraus family. It includes the extensive correspondence between Edmund Kraus and his wife Irma during the First World War, which is noteworthy for its poetry and the Austro-German nationalism it evidences. It also includes acknowledgements of Edmund’s military honours. Further records comprise birth certificates, death certificates, death books, report cards, Hans’ guild membership and training certificates, and documents relating to Hans and Irma’s flight to Shanghai. Series contains the following files:
1. Kraus Family Materials [Box 15, File 1-1-1]
2. Death Books – Kraus [Box 15, File 1-1-2]
Archival HistoryRecords from the first and third accessions were maintained by Gerda Kraus (nee Gottfried) and her sister Lori Seemann (nee Gottfried) until at least 1999, when the first donations to VHEC occurred. Records from the second accession were discovered at a garage sale and donated by George Wendziak. The first group of records was donated by Gerda Gottfried Kraus in 1999. A further accession took place in 2000, when George Wendziak found a number of documents in a junk heap at a yard sale; realizing their value, he brought them to VHEC where they were identified and added to the collection. A final donation came in 2001 from the estate of Lori Gottfried Seemann.
RightsMaterials available for research purposes only. Permission to publish, copy or otherwise use these materials must be obtained from the VHEC.