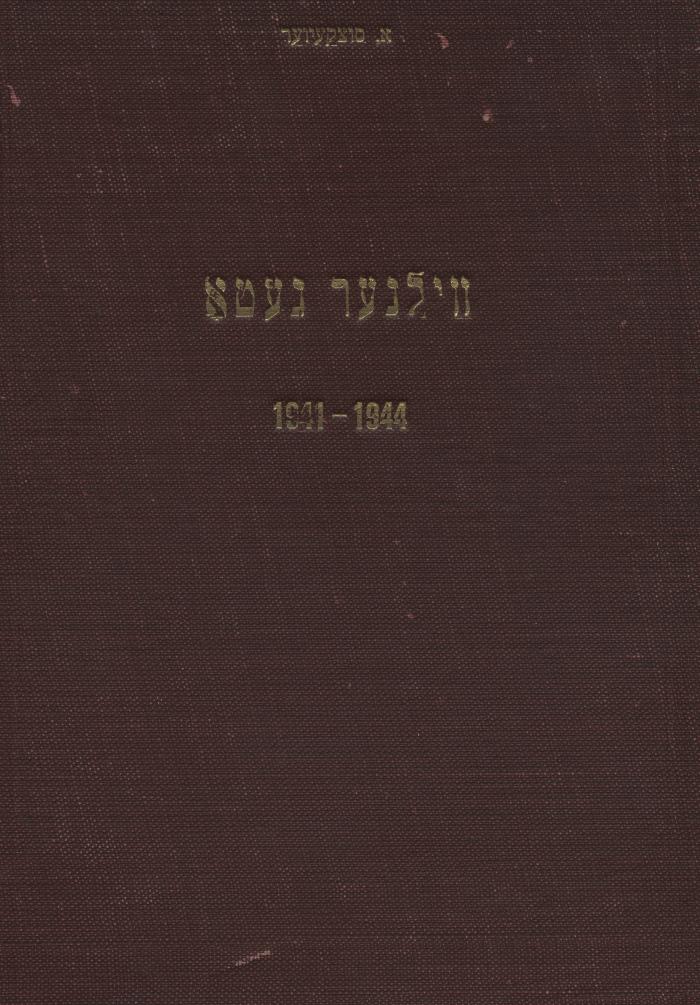 Abrasha Kaplan died October 21, 1983, in Vancouver. Ida Kaplan died January 19, 2021 in Vancouver. Odie Kaplan currently lives in Vancouver.
Scope & ContentSeries consists of five books in English and Yiddish, some of which mention members of the Kaplan family, as well as photocopy of pages 41 to 47 of Jewish Combatants of World War Two volume 2, number 2 (autumn/winter 1989), Austrian Mission newsletter (1989), Geist (spring 2001), and “The Onset of the Partisan Units in the Forest of Naroch” by Alexander (Shura) Bogen. Jewish Combatants of World War Two includes information about Abrasha Kaplan’s involvement with the FPO, as well as the story of the fate of his daughter, Keila Krizowski. Geist includes article, “Iceman” by Stephen Osborne, about Abrasha and Ida Kaplan as told by Sherie Kaplan. Series also contains Yiddish book, Letters from Vilna, as well as translation by Sherie Kaplan of excerpt about Golda Krizowski from Stories of the Vilno Ghetto.
LanguageEnglish, Yiddish, German
RightsMaterials available for research and education purposes only.