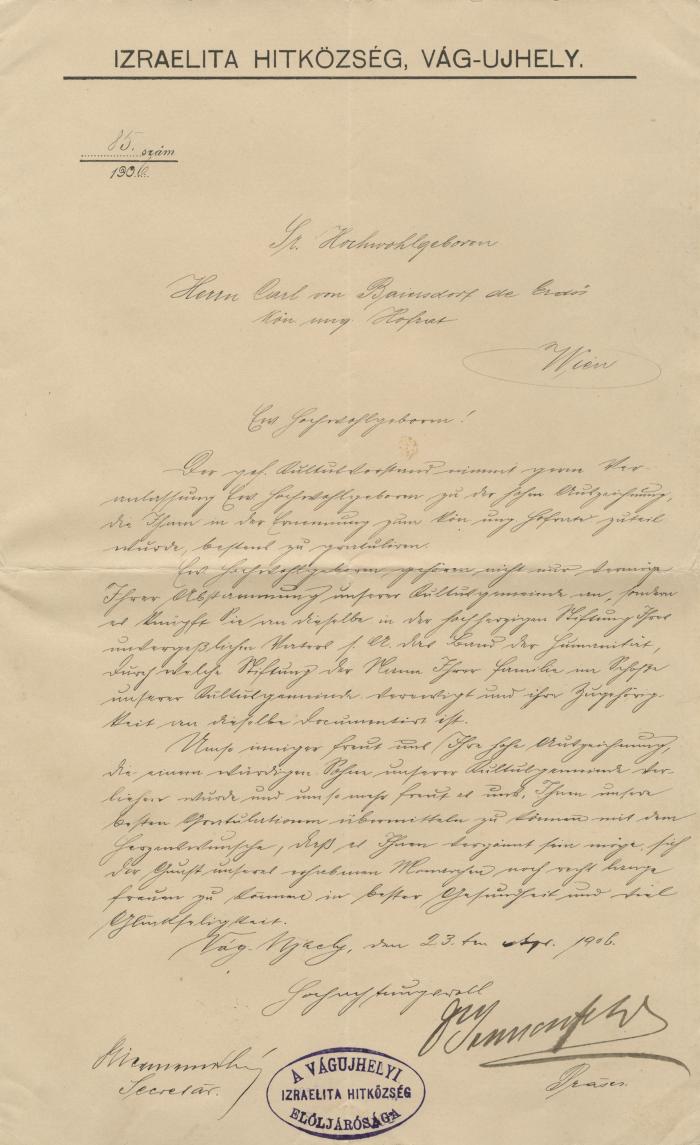 Carl Baiersdorf von Erdos correspondence
Access Points
Correspondence & communication
Employment
Rights
Conditions on Use
Material available for research and education purposes only.
Conditions on Reproduction and Publications
Permission to publish, copy, or otherwise use these materials must be obtained from the VHEC.
Licensing

Otto Reif was born approximately 1894 and died around 1955. Margit and Otto Reif left Austria for England after the Nazi invasion of Austria and immigrated to Canada in 1939.
Scope & ContentFile contains correspondence sent to Carl Baiersdorf von Erdos in Vienna in 1906 from Izraelita Hitkoezeg, Wiener Kaufmaenner Verien, Bund Osterreichischer Industrieller, and in 1918 from J.V. des Abteilungvorstandes.
Archival HistoryAccession 2014.010
LanguageGerman
RightsMaterial available for research and education purposes only. Permission to publish, copy, or otherwise use these materials must be obtained from the VHEC.