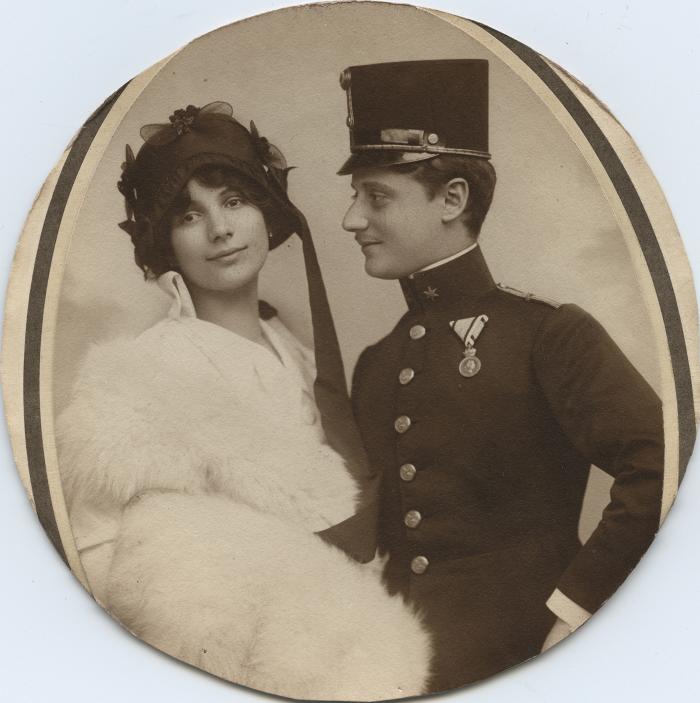 [Portrait of Helene and Adolf von Baiersdorf]
Access Points
Photography
Family life
Relationships
Rights
Conditions on Use
Material available for research and education purposes only.
Conditions on Reproduction and Publications
Permission to publish, copy, or otherwise use these materials must be obtained from the VHEC.
Licensing

Otto Reif was born approximately 1894 and died around 1955. Margit and Otto Reif left Austria for England after the Nazi invasion of Austria and immigrated to Canada in 1939.
Scope & ContentSeries consists of family photographs of the von Baiersdorf, Reif family in Europe and in Canada. Featured in photographs are members of the family such as Carl Baiersdorf von Erdos; Margit Reif; Erna von Engel-Baiersdorf, Adolf and Helene von Baiersdorf.
Series is divided into the following files: File One: Photo album ([189-]–[196-?]); File Two: Loose photographs ([189-?]–[196-?]).
Archival HistoryAccession 2014.010
LanguageGerman, English, Hebrew
RightsMaterial available for research and education purposes only. Permission to publish, copy, or otherwise use these materials must be obtained from the VHEC.