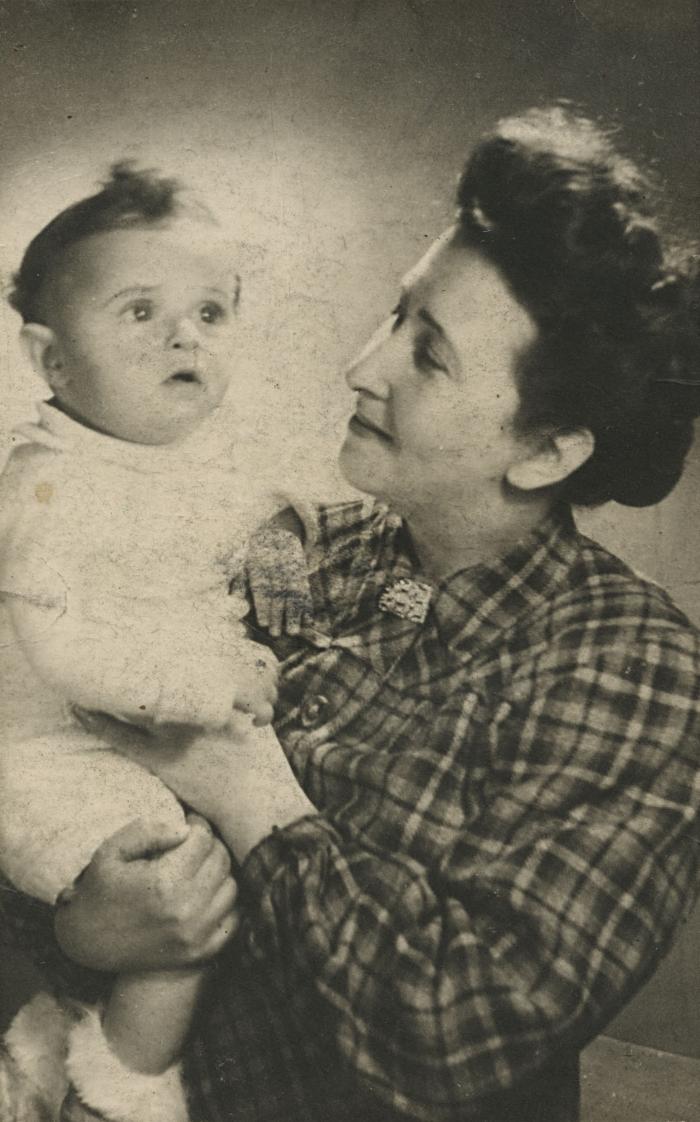 IdentifierRA023-04
Extent & Medium4 photographs
Date[1941]–1947
CreatorTeitelbaum, Rebecca
Administrative/Biographical HistoryRebecca (née Buckman) Teitelbaum was born in Antwerp in 1909, to Abraham Backmann and Annie (née Stenfeld) Buckman. She married Herman Teitelbaum (born in Erdőbénye, Hungary, 1904), on April 13, 1938. ﻿﻿Before the Second World War, Teitelbaum lived in Anderlecht near Brussels and worked in the accounting department of a department store, À l’Innovation, in Brussels. Rebecca and Herman had three children, Anny (b. 1939), Christian (b. 1946) and Shirley (b. 1953), and raised Rebecca's nephew, Alex Buckman (b. 1939) after he lost both his parents in the Holocaust.

Teitelbaum and her family emigrated to Montreal via Halifax in 1951, arriving on the ship Conte Biancamano. She became a Canadian citizen in 1957. Teitelbaum passed away in December, 1999, in Ottawa.
Scope & ContentSeries consists of four photographs of Rebecca Teitelbaum and her family.
Archival History1999.008
RightsMaterials available for research and education purposes only. Permission to publish, copy or otherwise use these materials must be obtained from the VHEC.