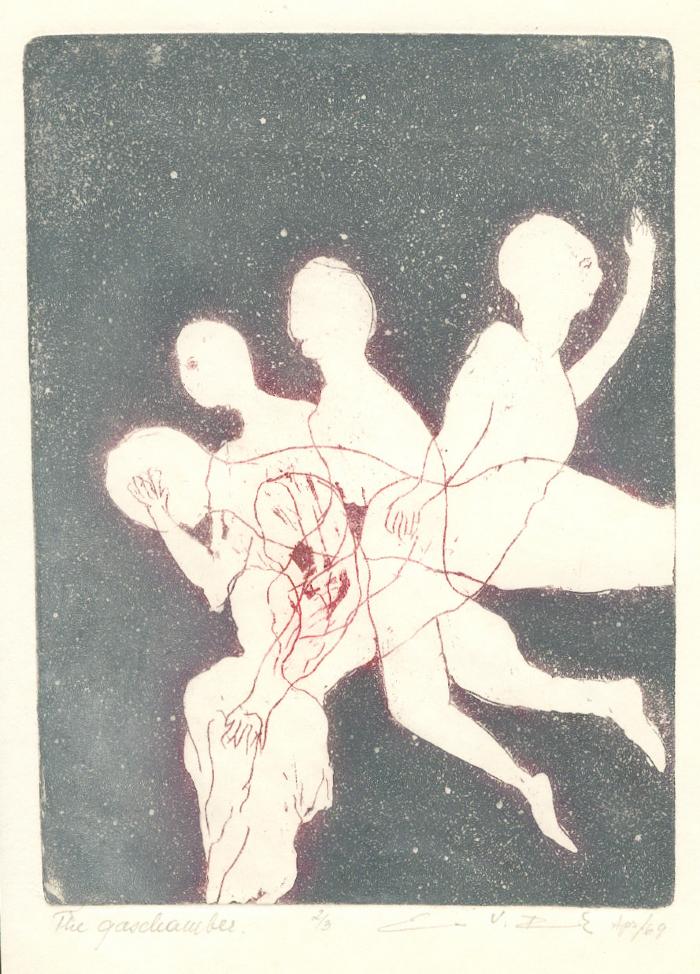 Erika died in 2005 of pulmonary disease. Eva died in 2018.
Scope & ContentSeries is comprised of artworks made by Eva Kero while studying at the University of British Columbia. Many of the works address the Holocaust.
LanguageEnglish
System of ArrangementArtworks are arranged in the order in which they were processed by the VHEC upon their donation in 2008.
RightsMaterials available for research and education purposes only. Permission to publish, copy or otherwise use these materials must be obtained from the VHEC.

Vilcsek family fonds (RA033)
Collection consists primarily of records generated or used during the period of the Second World War by the Vilcsek family in Budapest, Hungary. These include vital statistics and personal records of the Vilcsek family, photographs, and postcards mailed to the family from Ernő Vilcsek while he was in a labour camp in Hungary. Collection also consists of artworks, several on the theme of the Holocaust, created by Eva Kero after her immigration to Vancouver, BC.