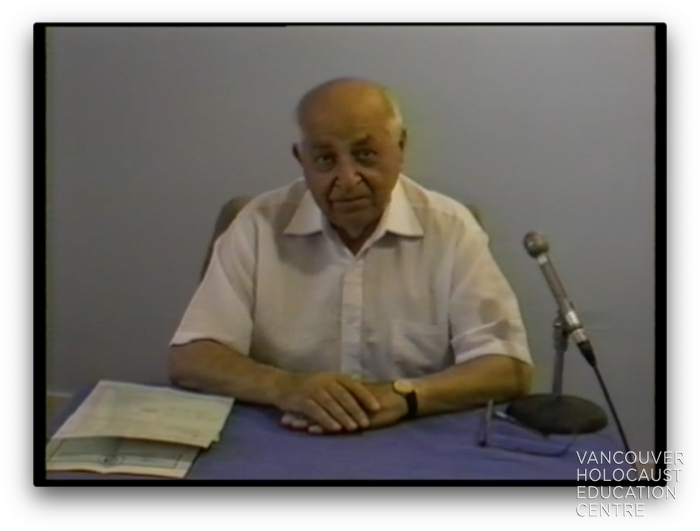 IdentifierRA063
Extent & Medium6 documents 4 photographs
Date1923–1986
collectorGrunberger, Paul
Administrative/Biographical HistoryPaul Grunberger was born in Czechoslovakia in 1912; he had one sister, Elizabeth (Else) and two half-sisters. He served with the Czech division of the British army during the Second World War. The bulk of his family did not survive the Holocaust; one half-sister survived and they met in Vienna after the end of the war.

Paul Grunberger married Regina (Gina) Spierer in 1940; they had two daughters, Evelyn and Jane. The family immigrated to Canada from England in 1952, living first in Montreal and then Vancouver. In Vancouver, Paul was active in the Jewish community and became close friends with Lucie and Eugen Grabowski, a brother and sister who had fled Nazi Germany to Lima, Peru, prior to moving to Vancouver.
Archival HistoryPapers in collection related to donor’s sister, Elisabeth Berger, were obtained by Paul Grunberger on a visit to Vienna after the war. Paul was looking for information about his family. Papers in collection related to Lucie and Eugen Grabowski were obtained by Paul Grunberger from the lawyer of the Grabowski estates. Paul requested mementos of his good friends, Lucie and Eugen, after their deaths, six months apart. He received a box of papers and photographs from the lawyer and selected pieces for the VHEC.
Immediate Source of Acquisition or TransferDonated to the VHEC by Paul Grunberger in accessions 1993.022, 1996.050, 2003.008.
AccrualsNo further accruals are expected.
LanguageGerman, English
NoteLegacy catalogue records from FileMaker Pro enhanced and ingested with funding from Library & Archives Canada Documentary Heritage Communities Program.
RightsRights to the majority of items in collection were assigned to the Vancouver Holocaust Centre Society in deed of gift signed by the donor in 1993.
Rules or ConventionsISAD(G) and Rules for Archival Description
Archivist's NoteDescription created in 2022 by Shyla Seller and Amanda Alster based on item-level descriptions created by the VHEC and catalogued in Filemaker Pro. Supported by funding from the Library and Archives Canada Documentary Heritage Communities Program.
Date of Description2022