Home > Library > I'm no hero : journeys of a Holocaust survivor 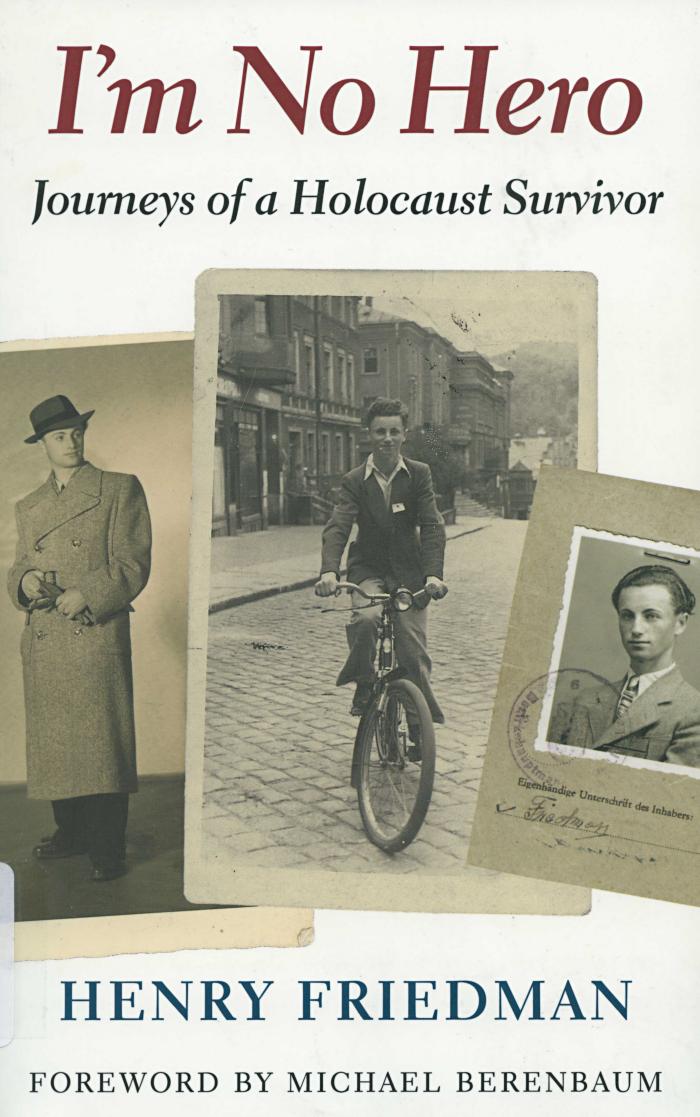 I'm no hero : journeys of a Holocaust survivor

Find or request this item
I'm no hero : journeys of a Holocaust survivor
Call No: YA 940.53161 F91i
Available
Call NumberYA 940.53161 F91i
Dates2001; ©1999
Statement of ResponsibilityHenry Friedman ; Foreword by Michael Berenbaum
Creators & ContributorsFriedman, Henry (author)
Berenbaum, Michael (contributor)
Friedman, Henry (subject)
Summary"Henry Friedman was robbed of his adolescence by the monstrous evil that annihilated millions of European Jews and changed forever the lives of those who survived. When the Nazis overran their home town near the Polish-Ukrainian border, the Friedman family was saved by Ukrainian Christians who had worked at their farm... When the family was liberated by the Russians after eighteen months in hiding, Henry, at age fifteen, was emaciated and too weak to walk. The Friedmans eventually made their way to a displaced persons camp in Austria where Henry learned quickly to wheel and deal, seducing women of various ages and nationalities and mastering the intricacies of dealing in the black market. In I'm No Hero, he confronts with unblinking honesty the pain, the shame, and the bizarre comedy of his passage to adulthood. The family came to Seattle in 1949, where Henry Friedman has made his home ever since." —Publisher
ContentsForeword by Michael Berenbaum
Survival America Photographs following page
Map of Poland
Physical Description xiv, 178 pages : illustrations, map ; 24 cm
Carrier Typevolume
LanguageEnglish
PublisherSeattle : University of Washington Press
EditionFirst paperback edition
Notes
RecognitionGifted in 2011 by Stuart Michelson
Permalinkhttps://collections.vhec.org/Detail/objects/10