Home > Library > Victory over Nazism : the journey of a Holocaust survivor 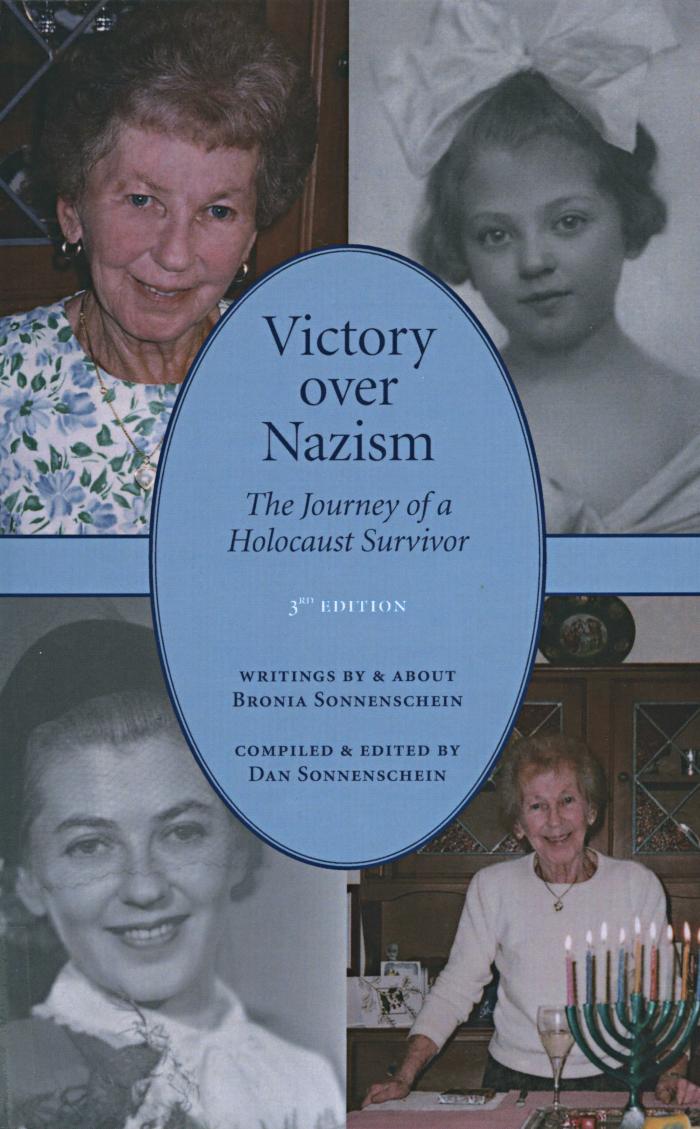 Victory over Nazism : the journey of a Holocaust survivor

Find or request this item
Victory over Nazism : the journey of a Holocaust survivor
Call No: 940.5315 S69v 2013
Available
Call Number940.5315 S69v 2013
Dates2013; ©2013
Statement of Responsibilitywritings by and about Bronia Sonnenschein ; compiled and edited by Dan Sonnenschein.
Creators & ContributorsSonnenschein, Dan (editor)
Sonnenschein, Bronia (author)
Sonnenschein, Bronia (subject)
Summary"This book documents Bronia Sonnenschein's remarkable journey from a happy life in Vienna to the Nazi annexation of Austria and the years of horror that followed: in the Lodz Ghetto, Auschwitz and Stutthof concentration camps, slave work in Dresden, and a 'death march' from there to the Theresienstadt Ghetto in Terezin, Czechoslovakia, where she was finally liberated. In 1949, she narrowly escaped the Prague she loved as Stalin's Iron Curtain came clanging down. The account continues with the further rebuilding of her life in Vancouver, Canada, and her late-life career of 21 years in Holocaust education, for which she received much recognition. The book includes articles and letters that she and others wrote, as well as comments from some of the many students, teachers, historians, and other people who were moved by Bronia's testimony, character, and resilience of spirit." —Back cover
ContentsPrologue. A Happy Life in Vienna Part 1. Years of Horror Part 2. Rebuilding a Life Part 3. Years of Teaching Part 4. A Full Life in Vancouver Epilogue. End of an Era Notes
Bibliography
The Partisan Song
Physical Description xiii, 303 pages : illustrations, portraits ; 22 cm.
Carrier Typevolume
LanguageEnglish
PublisherVancouver, BC : Memory Press
EditionThird Edition
Notes
RecognitionGifted in 2013 by Dan Sonnenschein in memory of his mother, Bronia Sonnenschein
Permalinkhttps://collections.vhec.org/Detail/objects/114

Victory over Nazism : the journey of a Holocaust survivor