Home > Library > War through the lens : the Canadian Army Film and Photo U... 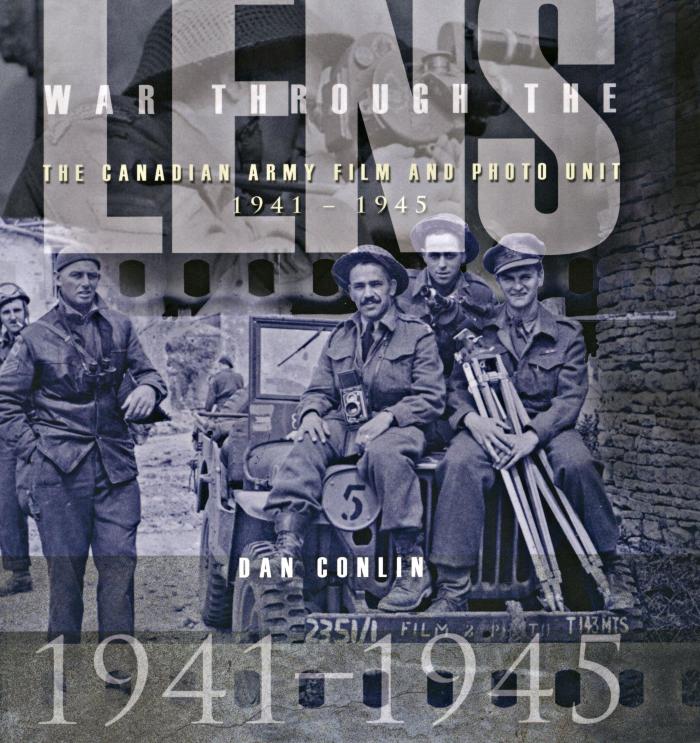 Find or request this item
War through the lens : the Canadian Army Film and Photo Unit, 1941–1945
Call No: 940.5371 C75w
Available
Call Number940.5371 C75w
Dates2015; ©2015
Statement of ResponsibilityDan Conlin.
Creators & ContributorsConlin, Dan (Daniel) (author)
Canada. Canadian Army. Canadian Army Film and Photo Unit (subject)
Summary"War through the Lens tells the story of the most daring filmmakers in the history of Canada's motion picture industry, the fifty cameramen who filmed Canadians in battle during World War Two. They belonged to the Canadian Army Film and Photo Unit and often scooped their British and American allies with the first, and in many cases, the most memorable footage of the war's crucial battles in Europe. They produced a legacy of images which continue to shape the depiction of the war today. It is a story of courage, friendship, triumphs and tragedies. The cost of their work was high. Before the guns were stilled, nearly a third of them became casualties with the small unit suffering proportionally among the highest casualty rates in the Canadian Army. This book explores their experience with unique first person accounts combined with rare and dramatic images of Canada at war." —Publisher
Contents
Physical Description 171 pages : illustrations, maps ; 22 cm
Carrier Typevolume
LanguageEnglish
PublisherNiagara Falls, ON : Seraphim Editions
NotesIncludes bibliographical references and index
RecognitionGifted in 2015 by David & Susie Zacks
Permalinkhttps://collections.vhec.org/Detail/objects/1405