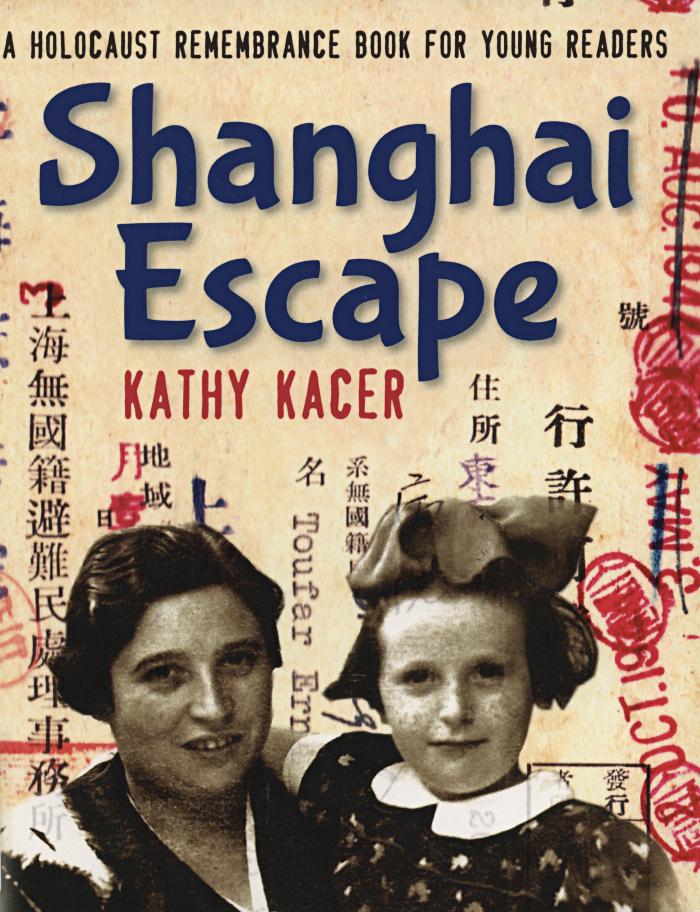 Find or request this item
Shanghai escape
Call No: J 951.13 K11s
Available
Call NumberJ 951.13 K11s
Dates©2013
Statement of ResponsibilityKathy Kacer.
Creators & ContributorsKacer, Kathy (author)
Toufar, Lily (subject)
SummaryShanghai, China, seems an unlikely destination for Jewish refugees trying to escape the cruel anti-Semitic laws of Adolf Hitler and his Nazi party before the Second World War. But while most countries were unwilling to give refuge to Jews, China was one place that did. More than twenty thousand European Jews found refuge in Shanghai between 1937 and 1939.

Lily Toufar and her family arrive in Shanghai in 1938, having fled from Vienna on the eve of Kristallnacht. Shanghai is a strange place for this bright young girl. After the bombing of Pearl Harbor, and under pressure from Hitler, the Japanese government in Shanghai has ordered Jewish refugees to move into a ghetto in an area of Shanghai called Hongkew. There is little food to eat and poor sanitation, and disease is rampant. For Lily, life becomes grueling after her family is forced into the ghetto. Lily endures the difficult conditions, always hopeful for an end to the war and a return to normal life.
Physical Description 248 pages : illustrations, map ; 21 cm
Carrier Typevolume
LanguageEnglish
PublisherToronto : Second Story Press
SeriesHolocaust remembrance book for young readers
NotesIncludes bibliographical references
AudiencePublisher recommendation: Ages 9–13, Grades 4–7
RecognitionGifted in 2015 by David & Susie Zacks
Permalinkhttps://collections.vhec.org/Detail/objects/1409