Home > Library > Rywka's diary : the writings of a Jewish girl from the Lo... 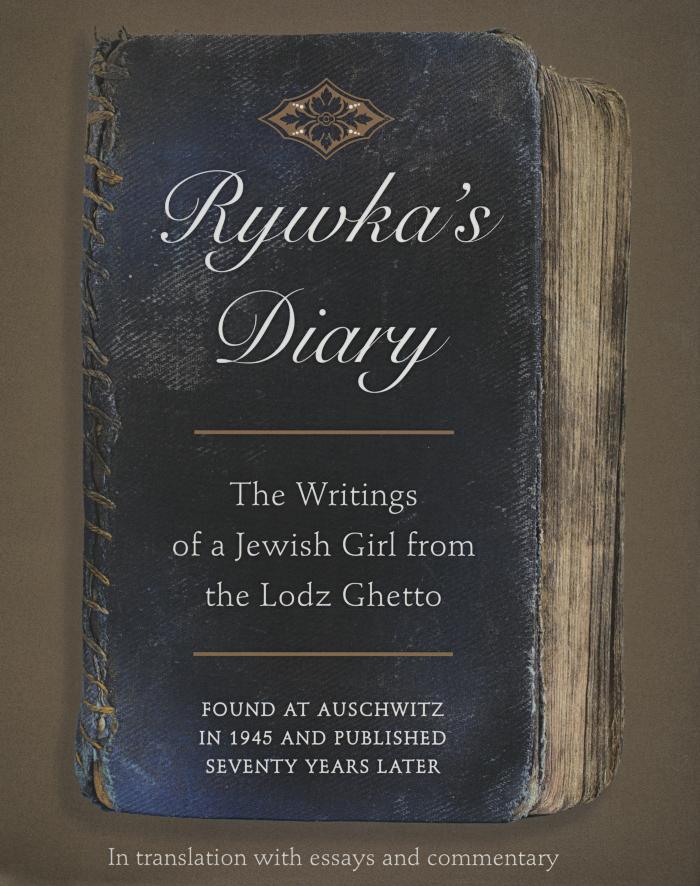 Rywka's diary : the writings of a Jewish girl from the Lodz Ghetto, found at Auschwitz in 1945 and published seventy years later

Find or request this item
Rywka's diary : the writings of a Jewish girl from the Lodz Ghetto, found at Auschwitz in 1945 and published seventy years later
Call No: 940.53161 L76r
Available
Call Number940.53161 L76r
Dates©2015
Statement of ResponsibilityRywka Lipszyc ; edited by Anita Friedman ; translated from the Polish by Malgorzata Markoff ; with annotations by Ewa Wiatr.
Creators & ContributorsLipszyc, Rywka (author)
Friedman, Anita (editor)
Markoff, Małgorzata (translator)
Wiatr, Ewa (contributor)
Lipszyc, Rywka (subject)
Summary"After more than seventy years in obscurity, the diary of a teenage girl during the Holocaust has been revealed for the first time. Rywka’s Diary is at once an astonishing historical document and a moving tribute to the many ordinary people whose lives were forever altered by the Holocaust. At its heart, it is the diary of a girl named Rywka Lipszyc who detailed the brutal conditions that Jews in the Lodz ghetto, the second largest in Poland, endured under the Nazis: poverty, hunger and malnutrition, religious oppression, and, in Rywka’s case, the death of her parents and siblings. Handwritten in a school notebook between October 1943 and April 1944, the diary ends literally in mid-sentence. What became of Rywka is a mystery. A Red Army doctor found her notebook in Auschwitz after its liberation in 1945 and took it back with her to the Soviet Union. Rywka’s Diary is also a moving coming-of-age story, in which a young woman expresses her curiosity about the world and her place in it and reflects on her relationship with God—a remarkable affirmation of her commitment to Judaism and her faith in humanity. Interwoven into this carefully translated diary are photographs, news clippings, maps, and commentary from Holocaust scholars and the girl’s surviving relatives, which provide an in-depth picture of both the conditions of Rywka's life and the mysterious end to her diary." —Publisher
ContentsPreface: The diary's journey from Auschwitz to America / Judy Janec

Part I: Background
Part II: The diary of Rywka Lipszyc