Home > Library > Rescue : the story of how gentiles saved Jews in the Holo... 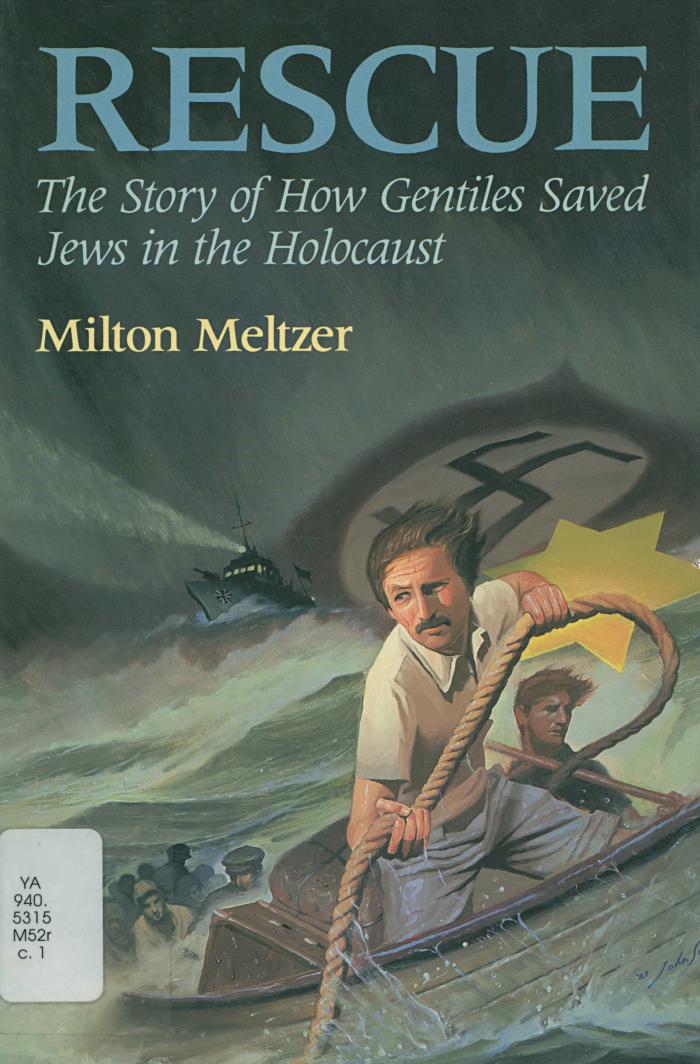 Rescue : the story of how gentiles saved Jews in the Holocaust

Find or request this item
Rescue : the story of how gentiles saved Jews in the Holocaust
Call No: YA 940.5315 M52r
Available
Call NumberYA 940.5315 M52r
Dates©1988
Statement of Responsibilityby Milton Meltzer.
Creators & ContributorsMeltzer, Milton (author)
SummaryA recounting drawn from historic source material of the many individual acts of heroism performed by righteous gentiles who sought to thwart the extermination of the Jews during the Holocaust.

Between the years 1933 and 1945, Adolf Hitler organized the Murder of six million Jews while the world looked on silently. But not all people stood back in fear. In every Nazioccupied Country, at every level of society, there were non-Jews who had the courage to resist. From the king of Denmark, refusing to force Jewish Danes to wear yellow stars, to the Dutch student, registering Jewish babies as Gentiles and hiding children in her home, a small number of people had the strength to reject the inhumanity they were ordered to support.

Here are their stories: thrilling, terrifying, and most of all, inspiring. For in the horror that was the Holocaust, some human decency could still shine through.