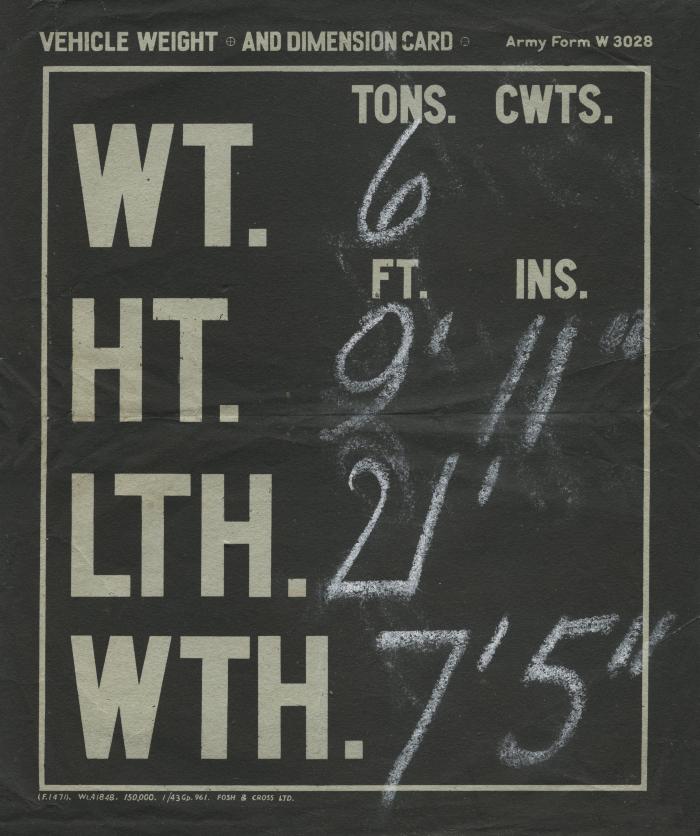 Access Points
Military & paramilitary
Rights
Conditions on Use
Materials available for research and education purposes only.
Conditions on Reproduction and Publications
Permission to publish, copy or otherwise use these materials must be obtained from the VHEC.
Licensing

Resource TypeDocuments
Date of Creation[194-]
Genre-
IdentifierRA009-03-00-01-04
CreatorEisinger family
Location in CollectionEisinger family fonds > Bedrich Eisinger Czechoslovak Army documents and objects series > Czechoslovak Army documents
Administrative/Biographical HistoryThe Eisingers were a Jewish family who lived in England and what is now the Czech Republic during and shortly after the Holocaust. The documents in this fonds pertain mostly to Bedrich Eisinger (birth name Fritz Eisinger, b. June 21, 1905, in Vienna, Austria) and his wife, Gerda Eisinger (birth name Gerda Sara Marcus, b. April 16, 1916, in Berlin, Germany).