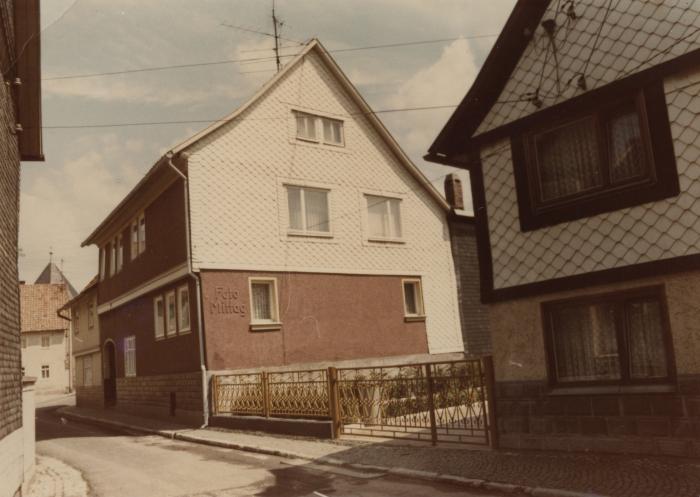 Manfred died November 1, 1987, in Martinez, California. Andrew currently lives in Surrey, British Columbia.
Extent & Medium1 photograph : colour ; 9 x 12.5 cm
Scope & ContentPhotograph of a building with words “Foto Mittag” on one side. Photograph might depict building in Themar, Thüringen, Germany.
Caption, signatures and inscriptionsSummer 1986
Archival HistoryScrapbook, correspondence, and photographs maintained by Manfred Rosengarten until his death in 1987. All records maintained by Andrew Rosengarten until their donation to the archives in 2009 and 2010.
Part ofRosengarten family photographs series
Permalinkhttps://collections.vhec.org/Detail/objects/1892