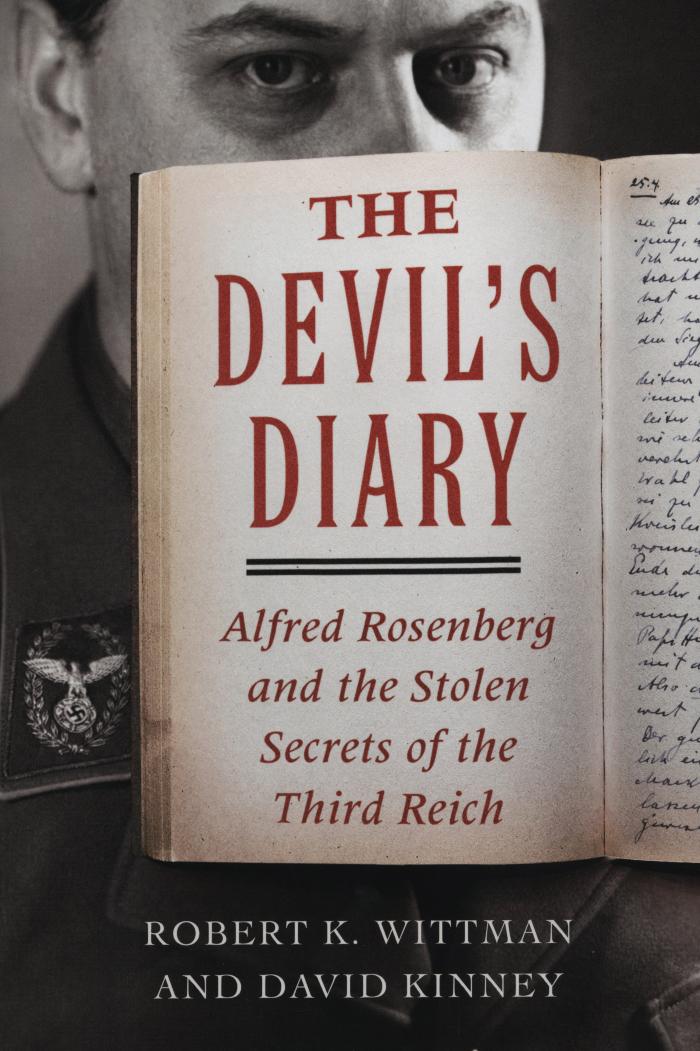 The devil's diary : Alfred Rosenberg and the stolen secrets of the Third Reich

"The Devil’s Diary investigates the disappearance of a private diary penned by one of Adolf Hitler’s top aides—Alfred Rosenberg, his 'chief philosopher'—and mines its long-hidden pages to deliver a fresh, eye-opening account of the Nazi rise to power and the genesis of the Holocaust. An influential figure in Adolf Hitler’s early inner circle from the start, Alfred Rosenberg made his name spreading toxic ideas about the Jews throughout Germany. By the dawn of the Third Reich, he had published a bestselling masterwork that was a touchstone of Nazi thinking. His diary was discovered hidden in a Bavarian castle at war’s end—five hundred pages providing a harrowing glimpse into the mind of a man whose ideas set the stage for the Holocaust. Prosecutors examined it during the Nuremberg war crimes trial, but after Rosenberg was convicted, sentenced, and executed, it mysteriously vanished. New York Times bestselling author Robert K. Wittman, who as an FBI agent and then a private consultant specialized in recovering artifacts of historic significance, first learned of the diary in 2001, when the chief archivist for the U.S. Holocaust Memorial Museum contacted him to say that someone was trying to sell it for upwards of a million dollars. The phone call sparked a decade-long hunt that took them on a twisting path involving a pair of octogenarian secretaries, an eccentric professor, and an opportunistic trash-picker. From the crusading Nuremberg prosecutor who smuggled the diary out of Germany to the man who finally turned it over, everyone had reasons for hiding the truth. Drawing on Rosenberg’s entries about his role in the seizure of priceless artwork and the brutal occupation of the Soviet Union, his conversations with Hitler and his endless rivalries with Göring, Goebbels, and Himmler, The Devil’s Diary offers vital historical insight of unprecedented scope and intimacy into the innermost workings of the Nazi regime—and into the psyche of the man whose radical vision mutated into the Final Solution." —Publisher