Home > Library > How silent were the churches? : Canadian Protestantism an... 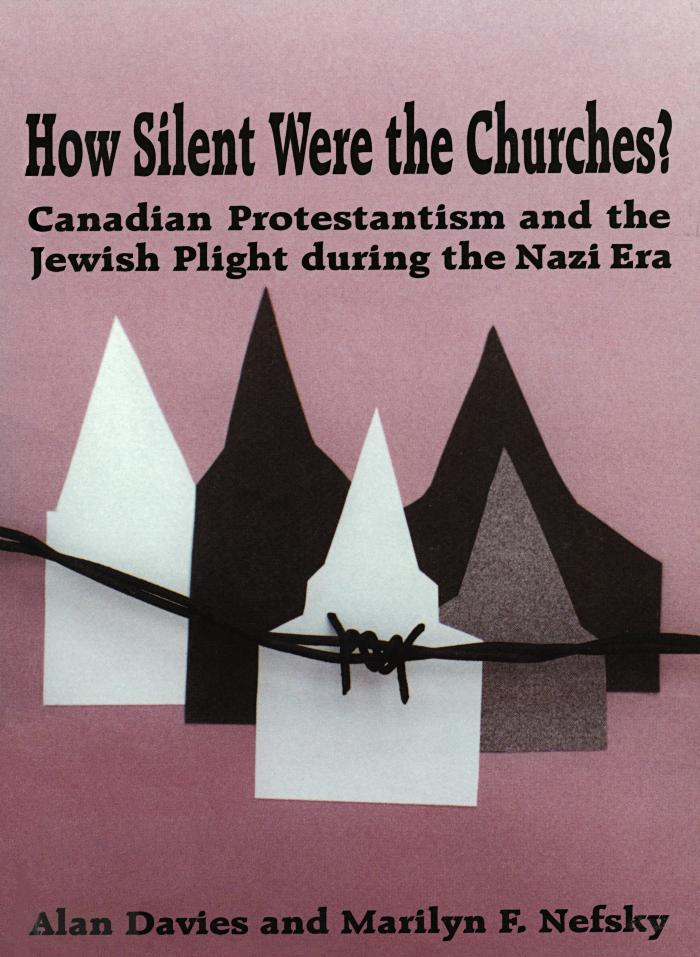 How silent were the churches? : Canadian Protestantism and the Jewish plight during the Nazi era

Find or request this item
How silent were the churches? : Canadian Protestantism and the Jewish plight during the Nazi era
Call No: 261.834 D24h
Available
Call Number261.834 D24h
Dates[1998]; ©1998
Statement of ResponsibilityAlan Davies and Marilyn F. Nefsky.
Creators & ContributorsDavies, Alan T. (author)
Nefsky, Marilyn F. (author)
Summary"In How Silent Were the Churches? a Jew and a Christian examine the Protestant record. Old letters, sermons and other church documents yield a profile of contemporary Protestant attitudes. Countless questions are raised: How much antisemitism lurked in Canadian Protestantism? How much pro-German feeling? How accurately did the churches of Canada read the sign of the times? Or did they bury their heads in the sand?... The theologies and the historical and ethnic configurations of Protestant Canada, encompassing religious religious communities from the Evangelicals to the Quakers, are brought into relief against the background of the Great Depression, the rise of fascism in Europe and the resurgence of nativism in Canadian society." —Back cover
ContentsThe setting The churches The United Church The Church of England in Canada The Presbyterian Church Baptists and Evangelicals Lutherans, Mennonites and Quakers Conclusion
Appendix A
AppendixB
Physical Description xvi, 179 pages ; 23 cm
Carrier Typevolume
LanguageEnglish
PublisherWaterloo, ON : Wilfrid Laurier University Press
NotesIncludes bibliographical references and index
Permalinkhttps://collections.vhec.org/Detail/objects/2174