Home > Library > Buried by The Times : the Holocaust and America's most im... 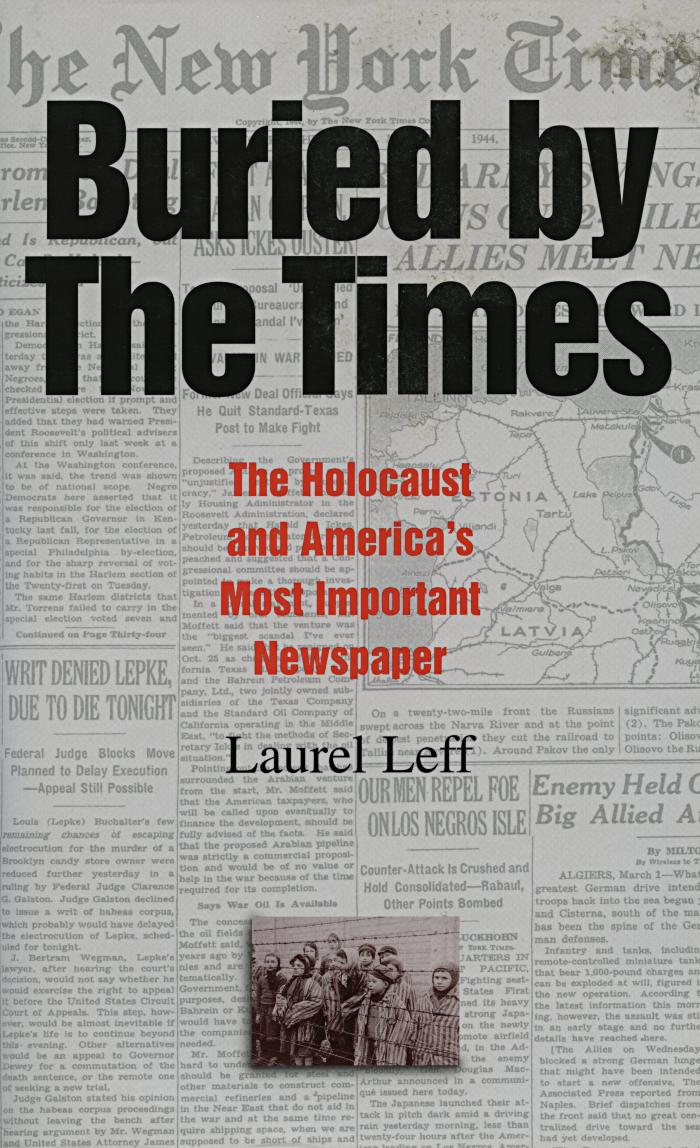 Buried by The Times : the Holocaust and America's most important newspaper

Find or request this item
Buried by The Times : the Holocaust and America's most important newspaper
Call No: 071.3 L49b
Available
Call Number071.3 L49b
Dates2005; ©2005
Statement of ResponsibilityLaurel Leff.
Creators & ContributorsLeff, Laurel (author)
New York Times Company (subject)
SummaryAn in-depth look at how The New York Times failed in its coverage of the fate of European Jews from 1939 to 1945. It examines how the decisions that were made at The Times ultimately resulted in the minimizing and misunderstanding of modern history's worst genocide. Laurel Leff, a veteran journalist and professor of journalism, recounts how personal relationships at the newspaper, the assimilationist tendencies of The Times' Jewish owner, and the ethos of mid-century America, all led The Times to consistently downplay news of the Holocaust. It recalls how news of Hitler's "Final Solution" was hidden from readers and—because of the newspaper's influence on other media—from America at large. Buried by The Times is required reading for anyone interested in America's response to the Holocaust and for anyone curious about how journalists determine what is newsworthy.
ContentsIntroduction: "Last voice from the abyss"