Home > Library > Responsa from the Holocaust 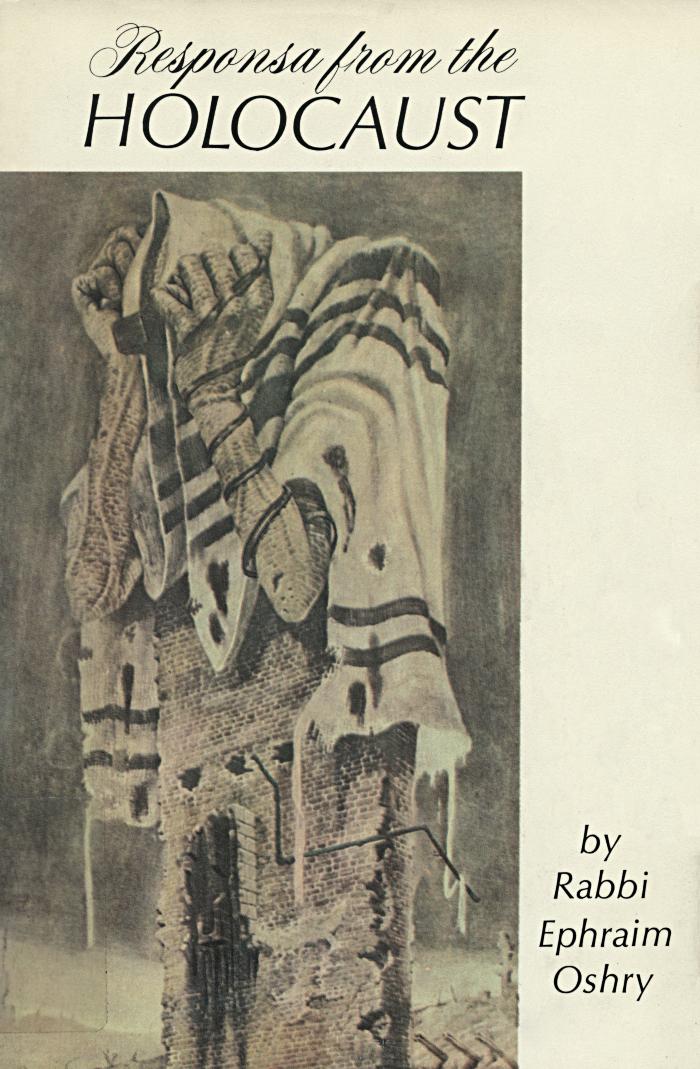 Responsa from the Holocaust

Find or request this item
Responsa from the Holocaust
Call No: 296.179 O82r
Available
Call Number296.179 O82r
Dates1989; ©1983
Statement of Responsibilityby Ephraim Oshry ; translated by Y. Leiman.
Creators & ContributorsOshry, Efroim (author)
Leiman, Y’hoshua (translator)
SummaryRabbi Ephraim Oshry "was one of the few Halakhic authorities to survive the Holocaust in the ghetto of Kovno, Lithuania. By a quirk of fate, he had access, even in the ghetto, to major works of Rabbinic literature which he used as references in the formulation of his Teshuvos to questions on Jewish religious observance in the ghetto... The inquiries addressed to Rabbi Oshry included questions on both ritual law and Jewish ethics... Rabbi Oshry scribbled these questions, and his replies, on scraps of paper, which he placed in tin cans and buried in the ghetto as a record of his own religious activities and the efforts of his fellow inmates to observe their Judaism. After the liberation of Kovno in the summer of 1944 he was able to retrieve his notes. He edited them and published them." —Book jacket
ContentsIntroduction
Foreword
Lithuania and Its Jews