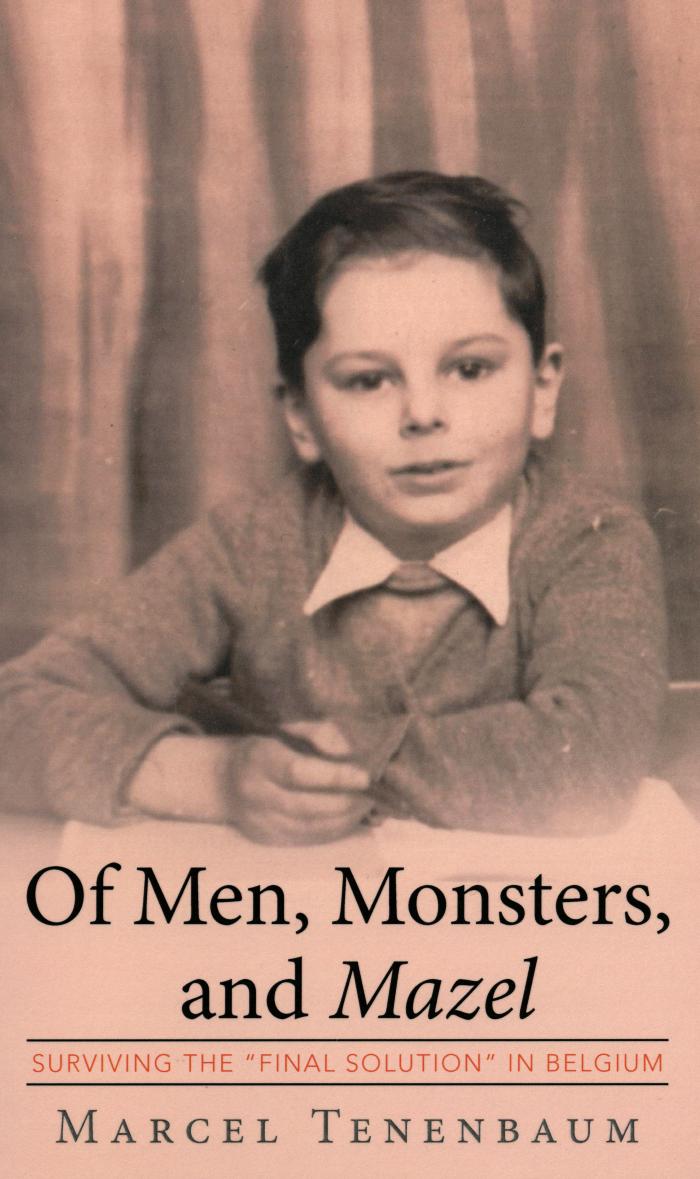 Of men, monsters and mazel : surviving the "Final Solution" in Belgium

Find or request this item
Of men, monsters and mazel : surviving the "Final Solution" in Belgium
Call No: 940.53161 T29o
Available
Call Number940.53161 T29o
Dates2016; ©2016
Statement of ResponsibilityMarcel Tenenbaum.
Creators & ContributorsTenenbaum, Marcel Paul (author)
Tenenbaum, Marcel Paul (subject)
Summary"Marcel Tenenbaum is a child survivor of the Holocaust who lived through the German occupation of Belgium between May 1940 and September 1944. He was born in Brussels and was Jerman and Gitla Tenenbaum's only child. Jerma, Marcel's father, was a master tailor who had moved from Poland to Brussels, where he was employed and later opened his own tailor shop. Marcel attended his first year of school under the German occupation of Belgium and wore a yellow star to be identified as a Jew. After completing grade 1, he went into hiding with his parents when the Nazis started deporting Jews to the Auschwitz concentration camp in Poland in 1942. The Tenenbaums lived for two years in two attic rooms under the roof of Jerma's first employer's house. His family's location was revealed to the Nazis in 1944 by a neighbor. Their luck or mazel, was that they arrived at the Malines gathering camp 72 hours after the last deportation train for Auschwitz departed from Belgium. Marcel and his parents were imprisoned at Malines for one month and were then liberated by British and Canadian troops on September 4, [1944]. The Tenenbaums emigrated from Belgium in 1951 and settled in Montreal, Canada." —Back cover
ContentsAcknowledgements
Dedication
My Chosen Quotations
About Spiritual Resistance and Holocaust Humour
Some Definitions
Preface Introduction Part One Part Two Part Three Part Four Part Five Part Six Part Seven Part Eight Epilogue Appendices
Physical Description xliv, 401 pages : illustrations, portraits ; 23 cm
Carrier Typevolume
LanguageEnglish
Publisher[Bloomington, IN] : Xlibris ; [Montreal?] : Marcel Tenenbaum
Permalinkhttps://collections.vhec.org/Detail/objects/2203