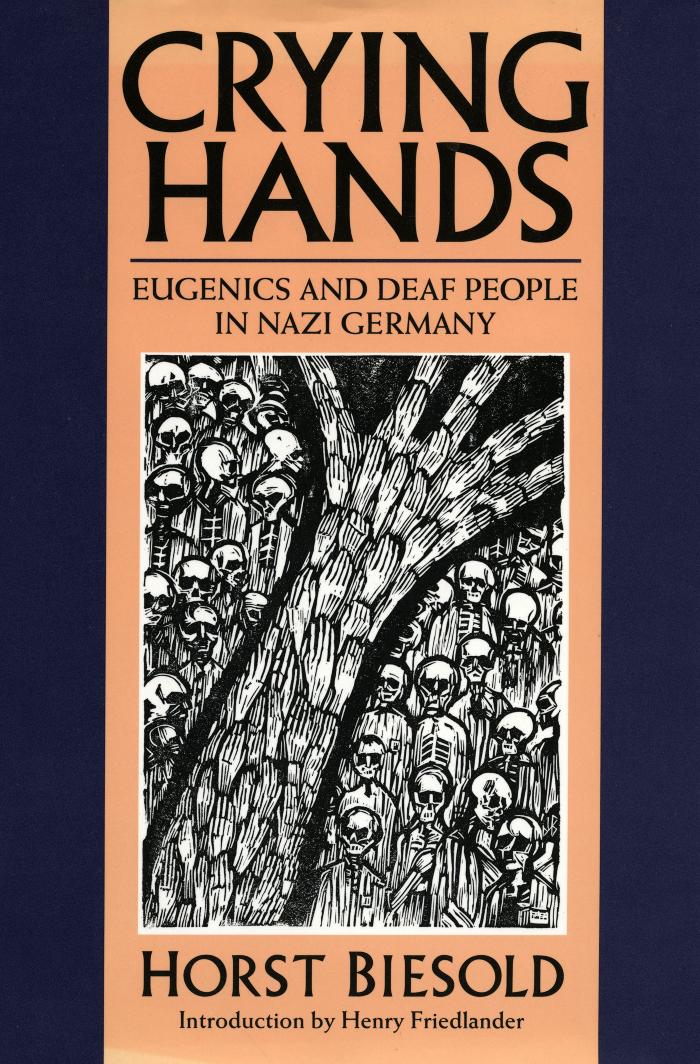 "When the Nazis assumed power in Germany in 1933, they wasted no time in implementing their radical policies, first by securing passage of the Law for the Prevention of Offspring with Hereditary Diseases. Among those designated by this law as 'congenitally disabled' were deaf people. Horst Biesold’s newly translated book examines this neglected aspect of Nazi 'racial hygiene' through interviews with more than 1,000 deaf survivors of this brutal law that authorized forced sterilizations, abortions, and eventually murder. Crying Hands meticulously delineates the antecedents of Nazi eugenics, beginning with Social Darwinism (postulated in the mid-nineteenth century) and tracing the various sterilization laws later initiated throughout the world, including many passed and practiced in the United States. This [scholarship is] paralleled by the human faces fixed to the numbing statistics, as in story after story those affected recount their irretrievable loss, pain, and misplaced shame imposed upon them by the Nazi regime. Through their stories, told to Biesold in German Sign Language, they have given voice to the countless others who died from the specious science practiced by the Third Reich." —Publisher