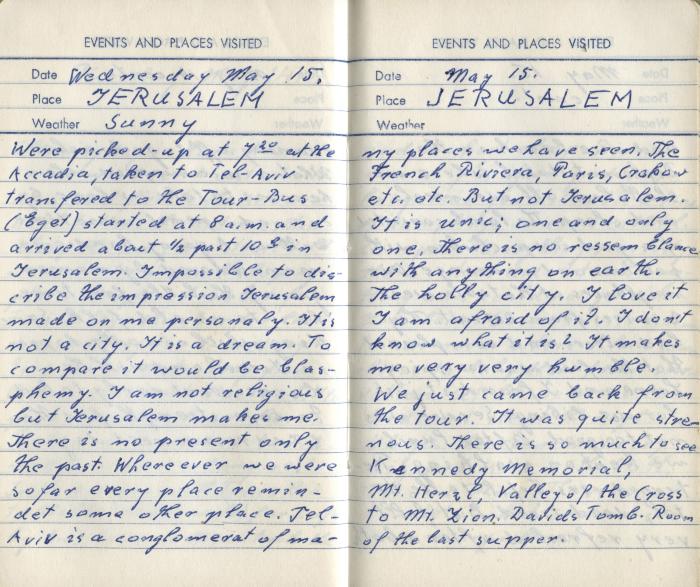 Access Points
Personal narratives
Rights
Conditions on Use
Materials available for research and education purposes only.
Conditions on Reproduction and Publications
Permission to publish, copy or otherwise use these materials must be obtained from the VHEC.
Licensing

Gisele died June 4, 1991, in Vancouver.
Extent & Medium1 document : 15 x 9.5 cm
Scope & ContentTravel journal by Gisele Warren detailing her trip to Israel with husband, Lorne Warren, from May 9 to May 26, 1974. Inscription inside cover reads, “Bon Voyage 1974, Else & Sam,” indicating that the journal was perhaps a gift from Gisele’s brother, Samuel Dunner, and his wife, Else.
LanguageEnglish
Part ofIsrael trip documents sub-series
Permalinkhttps://collections.vhec.org/Detail/objects/2384