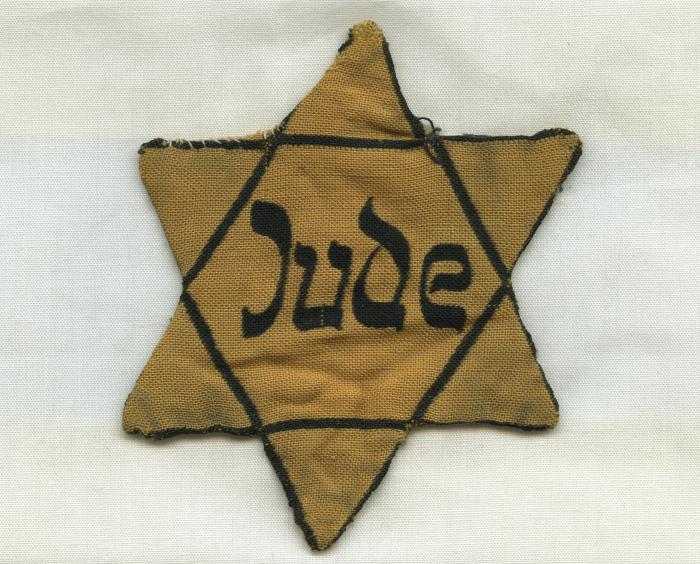 The donor acquired the Star of David badge from her neighbour, Toni Neumann.
ClassificationStars of David, badges
Legal Statuspermanent collection
Credit LineCourtesy of Ruth Hess-Dolgin
NoteThe Star of David badge was worn by Toni Neumann of Beerfelden, Germany, who, together with her husband was prisoner in Theresiendstadt. The Neumanns were rescued when approximately 1200 Jews from Theresienstadt were exchanged for funds and transported to Switzerland. The Neumann's daughter, son-in-law, and grandchildren perished in a concentration camp. Their son had been able to leave Germany and settled in New York, where the Neumann's joined him after their release. In New York, Mrs. Neumann lived next door to the donor's family.
Permalinkhttps://collections.vhec.org/Detail/objects/2473

On the Edge of the Abyss: Drawings as Eyewitness Testimony (displayed)