Home > Library > Testimony : the legacy of Schindler's list and the USC Sh... 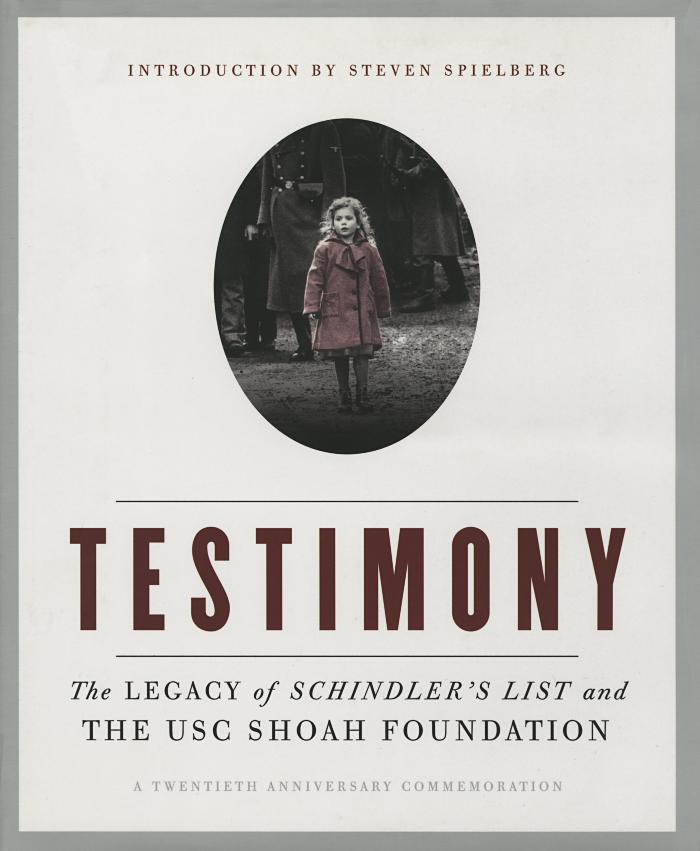 Testimony : the legacy of Schindler's list and the USC Shoah Foundation

"Testimony commemorates USC Shoah Foundation’s 20th anniversary by combining the story of the making of Schindler’s List and the organization it inspired: the USC Shoah Foundation. Behind-the-scenes photographs from the set of Schindler’s List and still images from the film accompany a detailed account of the film’s journey from novel to screen to its win for Best Picture at the 1994 Academy Awards and everything in between. Spielberg, producers, cast members and crew provide exclusive insights into the filmmakers’ creative process and the intense and emotional shoot on location in Poland... The second part of Testimony details the 20-year history of the Shoah Foundation and its race to collect and preserve the testimonies of over 50,000 Holocaust survivors and, later, the survivors of other genocides. With the efforts of a vast network of interviewers, videographers and coordinators around the world combined with brand-new technology for digitizing and indexing the thousands of hours of testimony, the Shoah Foundation met its initial goal and decided to do more. Today, it continues to expand its educational outreach to ensure that the survivors and their testimonies serve as teachers for future generations... Testimony provides an in-depth look at the Shoah Foundation’s past, present and future, drawing on behind-the-scenes photographs and interviews with its founders, staff, volunteers – and the survivors who gave testimony themselves." —USC Shoah Foundation