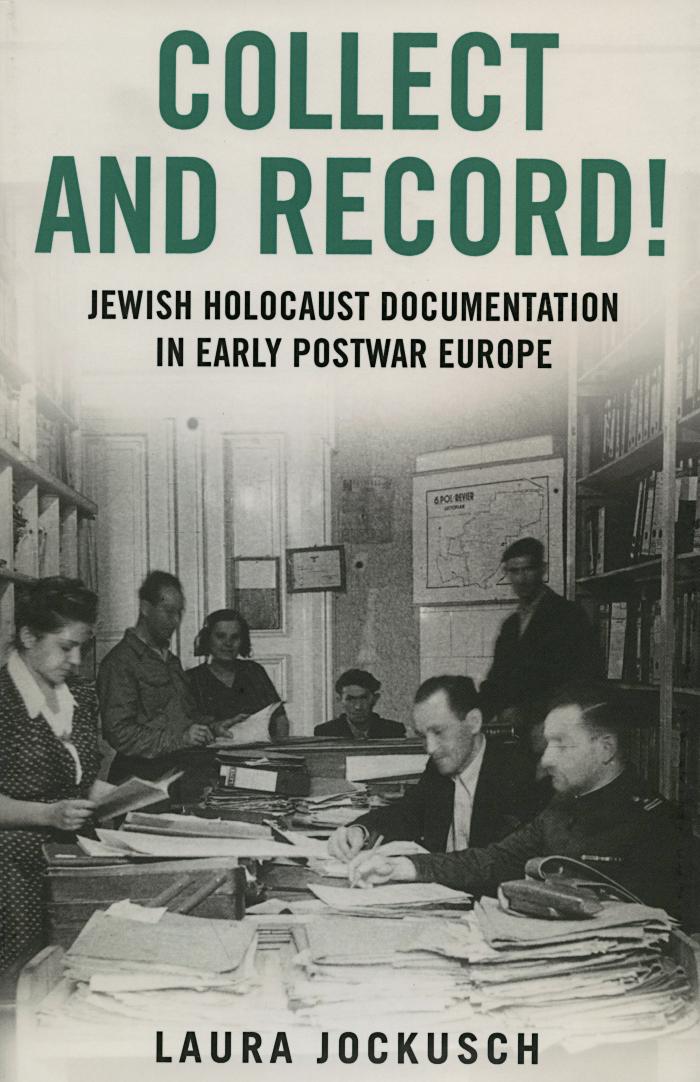 Find or request this item
Collect and record! : Jewish Holocaust documentation in early postwar Europe
Call No: 940.5318 J63c
Available
Call Number940.5318 J63c
Dates[2012]; ©2012
Statement of ResponsibilityLaura Jockusch.
Creators & ContributorsJockusch, Laura (author)
Summary"This book describes the vibrant activity of survivors who founded Jewish historical commissions and documentation centers in Europe immediately after the Second World War. In the first postwar decade, these initiatives collected thousands of Nazi documents along with testimonies, memoirs, diaries, songs, poems, and artifacts of Jewish victims. They pioneered in developing a Holocaust historiography that placed the experiences of Jews at the center and used both victim and perpetrator sources to describe the social, economic, and cultural aspects of the everyday life and death of European Jews under the Nazi regime. This book is the first in-depth monograph on these survivor historians and the organizations they created. A comparative analysis, it focuses on France, Poland, Germany, Austria, and Italy, analyzing the motivations and rationales that guided survivors in chronicling the destruction they had witnessed, while also discussing their research techniques, archival collections, and historical publications. It reflects growing attention to survivor testimony and to the active roles of survivors in rebuilding their postwar lives. It also discusses the role of documenting, testifying, and history writing in processes of memory formation, rehabilitation, and coping with trauma. Jockusch finds that despite differences in background and wartime experiences between the predominantly amateur historians who created the commissions, the activists found documenting the Holocaust to be a moral imperative after the war, the obligation of the dead to the living, and a means for the survivors to understand and process their recent trauma and loss. Furthermore, historical documentation was vital in the pursuit of postwar justice and was deemed essential in counteracting efforts on the part of the Nazis to erase their wartime crimes. The survivors who created the historical commissions were the first people to study the development of Nazi policy towards the Jews and also to document Jewish responses to persecution, a topic that was largely ignored by later generations of Holocaust scholars." —Publisher
ContentsIntroduction: Early chroniclers of the Holocaust: Jewish historical commissions and documentation centers in the aftermath of the Second World War Conclusion: History writing as reconstruction: the beginnings of Holocaust research from the perspective of its victims