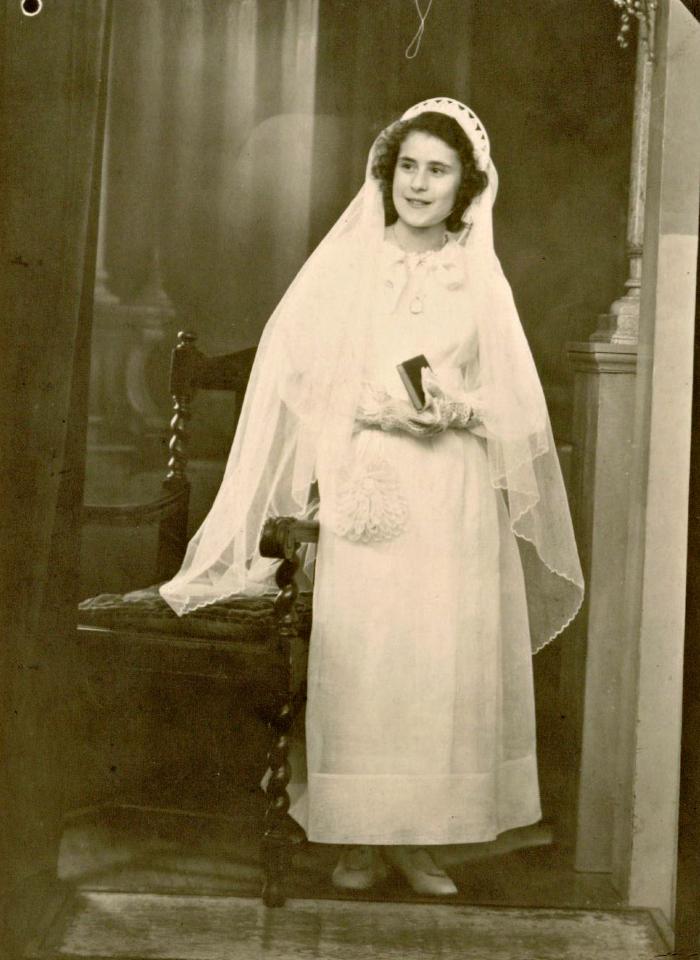 In 1979, Alice Schiffer De Ruyck was recognized by Yad Vashem as Righteous Among the Nations for hiding Inge and her sister. She and Inge remained in touch in the years following the war. Alice Schiffer died in September, 1996.
Extent & Medium1 photograph : black and white
Scope & ContentItem is a photograph of Inge (Kollmann) Manes at her first communion, Brussels, Belgium, ca. 1943. Being baptized allowed the Inge and her sister to stay hidden in Catholic orphanages.
Part ofKollman family file
Related Units of DescriptionSee related item: Star of David badge previously worn by Inge (Kollmann) Manes as a child in Belgium.
Permalinkhttps://collections.vhec.org/Detail/objects/3436