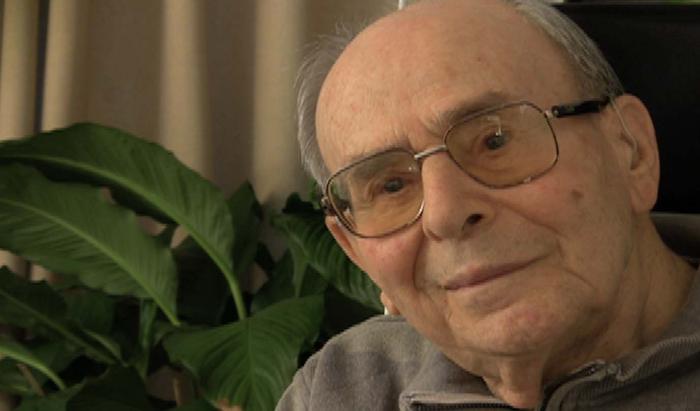 GenreTestimonies
Object IDGE1111_01_VD
Date of Recording01 November 2011
CreatorVancouver Holocaust Education Centre
InterviewerRosenbluth, Vera
IntervieweeErlich, Gunther
Duration1h 34m 0.0s
LanguageEnglish
SynopsisGunther E. was born in Berlin on December 6, 1918. He recalls experiencing antisemitism from his teachers and peers at school. In November 1938, following Kristallnacht, he describes being arrested by the Nazis and sent to Buchenwald. He was released in March 1939 when he, his brother and his uncle obtained visas for England. Gunther describes living in London before his arrest and internment in Huyton. He describes deportation to Canada and travelling on the ship alongside German prisoners of war. Gunther describes internment in Camp Q (Monteith, Ontario) and Camp N (Sherbrooke, Quebec) including the poor living conditions. He discusses why he participated in a hunger strike. He describes the various jobs he did such as carpentry and making camouflage nets. He describes his education and discusses preparing for exams at McGill University. Gunther reflects on his release in 1943. He describes moving to Montreal and finding employment. He discusses his service in the Canadian reserve army.
Time-Coded Summary

Funding NoteCataloguing and digitization of this testimony was supported by funding from the Government of Canada.
Permalinkhttps://collections.vhec.org/Detail/objects/344