Home > Archives > [Inge Manes, her sister and their friends] 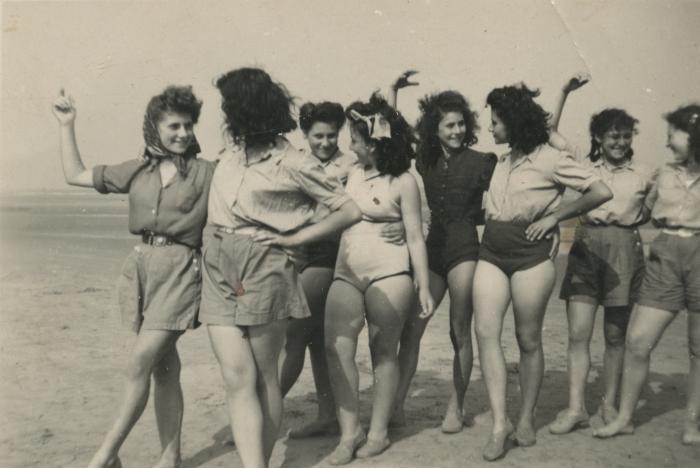 [Inge Manes, her sister and their friends]

In 1979, Alice Schiffer De Ruyck was recognized by Yad Vashem as Righteous Among the Nations for hiding Inge and her sister. She and Inge remained in touch in the years following the war. Alice Schiffer died in September, 1996.
Extent & Medium1 photograph : print, black and white
Scope & ContentItem is a photograph of Inge, her sister and other women rescued by Alice Schiffer. This group of friends is also pictured on page 101 of Rescuers, Portraits of Moral Courage in the Holocaust, by Gay Block and Malka Drucker.
Part ofAlice Schiffer file
Permalinkhttps://collections.vhec.org/Detail/objects/3441

Rescuers : portraits of moral courage in the Holocaust