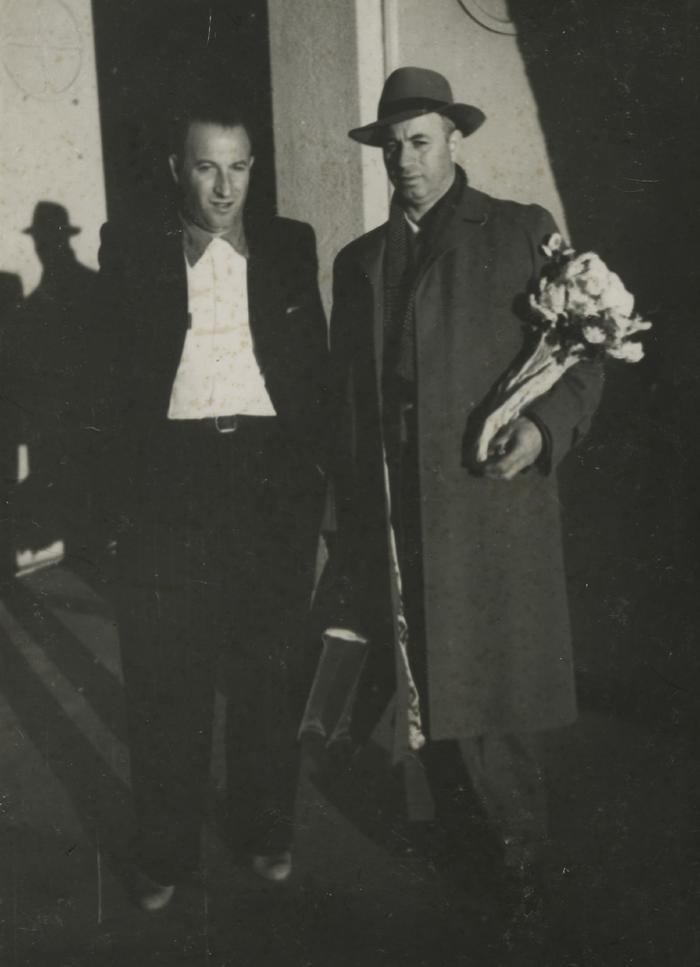 [Photograph of Boris Shak and Avram Shak in Israel]