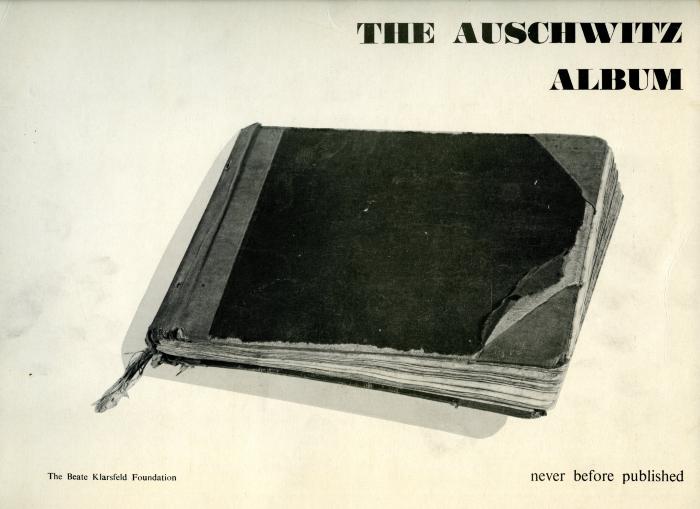 "The Auschwitz Album is the only surviving visual evidence of the process leading to the mass murder at Auschwitz-Birkenau... The photos were taken at the end of May or beginning of June 1944, either by Ernst Hofmann or by Bernhard Walter, two SS men whose task was to take ID photos and fingerprints of the inmates (not of the Jews who were sent directly to the gas chambers). The photos show the arrival of Hungarian Jews from Carpatho-Ruthenia. Many of them came from the Berehovo Ghetto, which itself was a collecting point for Jews from several other small towns." —Yad Vashem on The Auschwitz Album in general, not this specific edition

The Auschwitz album : a book based upon an album discovered by a concentration camp survivor, Lili Meier

The Auschwitz album : the story of a transport
People