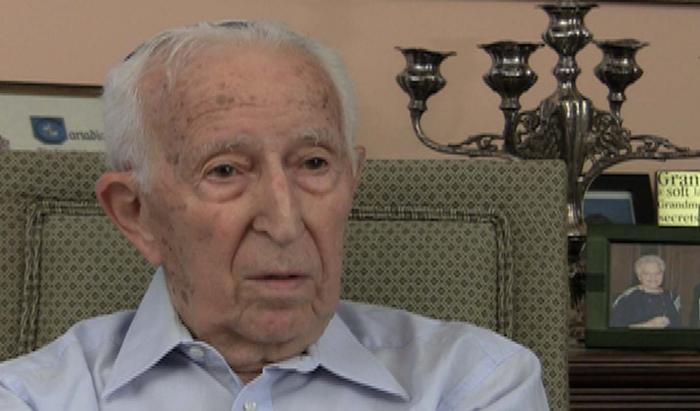 Jack H. was born on June 21, 1920 in Bad Hersfeld, Germany. He recalls being raised in a relatively well-off Orthodox household. He explains how he had to take over his family’s business as a teenager after his father was badly beaten by Nazis. Jack explains how in 1938, two days before Kristallnacht, he was warned by a Hitler Youth leader and classmate about the coming pogrom and fled to Furth. The Nazis rounded him up together with other local Jews and forced them to stand all night and watch as two synagogues were burned and a rabbi was beaten. He explains how he avoided being sent to a camp by lying about his age and going into hiding. He describes how he was able to immigrate to England through an arrangement with a rabbi in London. He describes finding employment. He recalls his detention as an enemy alien and internment in a racetrack outside London, in Huyton, and the Isle of Man. Jack describes the voyage to Canada on the S.S. Sobieski. He recalls the living conditions of Camp T (Trois-Rivières, Quebec), Camp B (Ripples, New Brunswick), and Camp I (ÎIe-aux-Noix, Quebec). Jack describes the conditions of his release to study at Rabbi Price's yeshiva. He describes continued education at McMaster University studying engineering. He describes his professional career and contributions to the Jewish community in Montreal and Boca Raton. He discusses learning that his mother had been deported and killed in Auschwitz.

Funding NoteCataloguing and digitization of this testimony was supported by funding from the Government of Canada.
Permalinkhttps://collections.vhec.org/Detail/objects/392