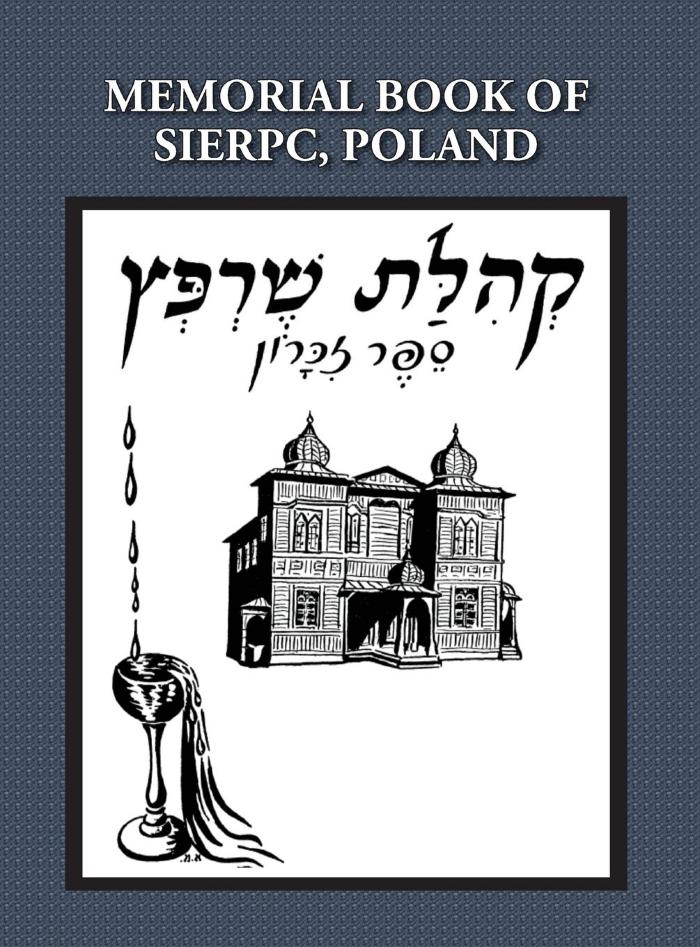 Find or request this item
The community of Sierpc : memorial book (Sierpc, Poland)
Call No: RBSC MEM 943.8053 S57m
In-library use only
Call NumberRBSC MEM 943.8053 S57m
Sub-CollectionRare Books & Special Collections
Dates[2014]; ©2014
Statement of ResponsibilityEnglish edition translation coordinated and edited by Sandra Krisch, Dorothy Kerzner Lipsky ; translated from the Yiddish by Jerrold Landau ; translated from the Hebrew by Alex Weingarten.
Creators & ContributorsKrisch, Sandra (editor)
Lipsky, Dorothy Kerzner (editor)
Landau, Jerrold (translator)
Weingarten, Alex (translator)
JewishGen, Inc. (contributor)
Summary"This is the translation of the Memorial (Yizkor) Book of Jewish community of Sierpc, Poland. There once was a Jewish community in the ancient Polish town of Sierpc. As hundreds of other Jewish communities in Poland, Jewish Sierpc is no more. On the eighth day of the Second World War, September 8, 1939, the Germans occupied Sierpc, burnt the synagogue, and remained until they were expelled by the Red Army in January, 1945. Before the start of the Second World War and the Holocaust, Sierpc had a population of 10,051, more than 30% of which was Jewish. Sierpc was nestled in the valley and surrounded by mountains. Three rivers flowed within the boundaries of Sierpc; the river that was the namesake of the district, the Sierpianitza River, bisected the two parts of the town. The town was linked by four bridges; the bridge with the greatest traffic was on the Jewish Street. The surrounding countryside was known for its fertile fields and many orchards, as well as for its weaver establishments, breweries, tanneries, and vinegar factories. In the Sierpc Memorial Book, the Jewish community is vividly brought to life by the first-hand social, historical and political accounts by its former residents and by the numerous photographs. The exemplary writing makes this book unique and a must for all descendants of its residents and researchers of the history of the Sierpc Jewish Community." —Publisher
Contents