Home > Library > Where she came from : a daughter's search for her mother'... 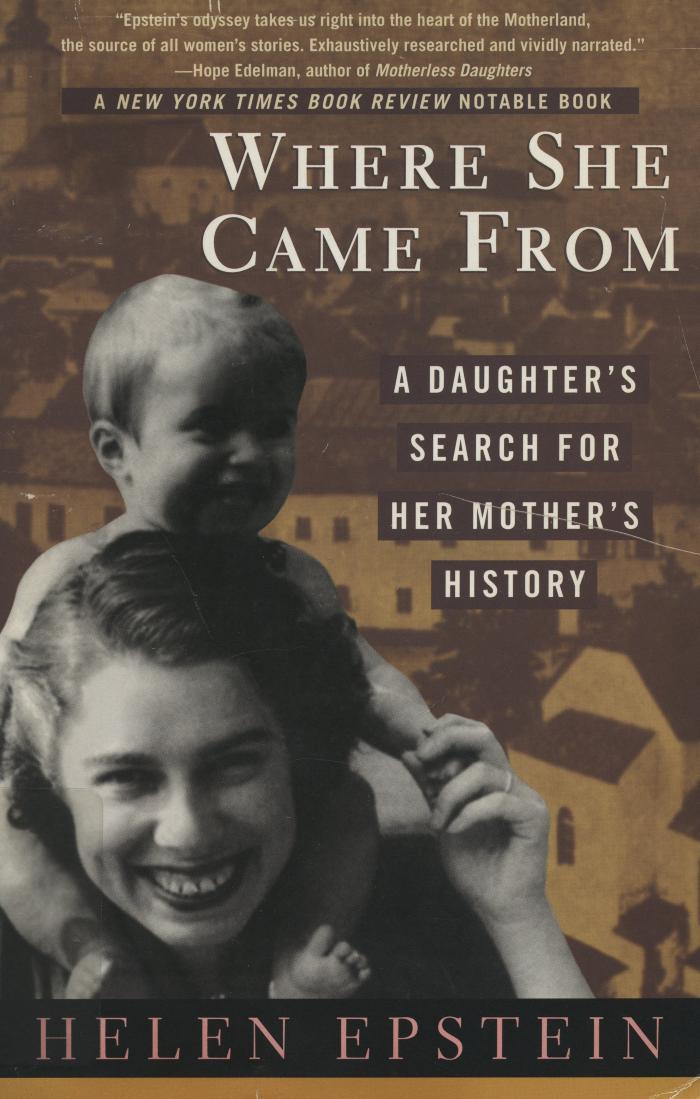 Where she came from : a daughter's search for her mother's history

Find or request this item
Where she came from : a daughter's search for her mother's history
Call No: 940.5315 E63w
Available
Call Number940.5315 E63w
Dates©1997
Statement of ResponsibilityHelen Epstein.
Creators & ContributorsEpstein, Helen (author)
Epstein family (subject)
Epstein, Helen (subject)
Epstein, Franci (subject)
Summary"After her mother died in 1989, Helen Epstein set out to reconstruct her family's history. Like most children of Holocaust survivors, she had only stories to guide her. Over the course of seven years, she traveled to Czechoslovakia, Austria, and Israel, searching out clues and people who had known her family. What she emerged with was this powerfully felt, deeply personal memoir about three generations of women set against the turbulent social history of Central Europe. Where She Came From offers a rare glimpse into a vanished world through the lives of three remarkable women: Helen's great grandmother Therese, whose life was marked by tragedy; her grandmother Pepi, whose fashion career took her from prewar Prague to Paris and Berlin; and her mother, Frances, whose liberated existence came to an end with the German invasion of Czechoslovakia, A moving chronicle of family, humanity, and perseverance in the face of unspeakable cruelty, it recreates the society that shaped Helen Epstein's female ancestors and the forces that shaped her own life as a child growing up in the safe harbor of postwar America. In this hundred-year odyssey across a seemingly impassable divide of death and destruction, she reclaims the personal legacies the Holocaust sought to obliterate." —Back cover
Physical Description 322 pages : illustrations, map ; 20 cm
Carrier Typevolume
LanguageEnglish
PublisherNew York : Plume Books
NotesIncludes bibliographical references
Permalinkhttps://collections.vhec.org/Detail/objects/4011