Home > Library > Brothers for resistance and rescue : the underground Zion... 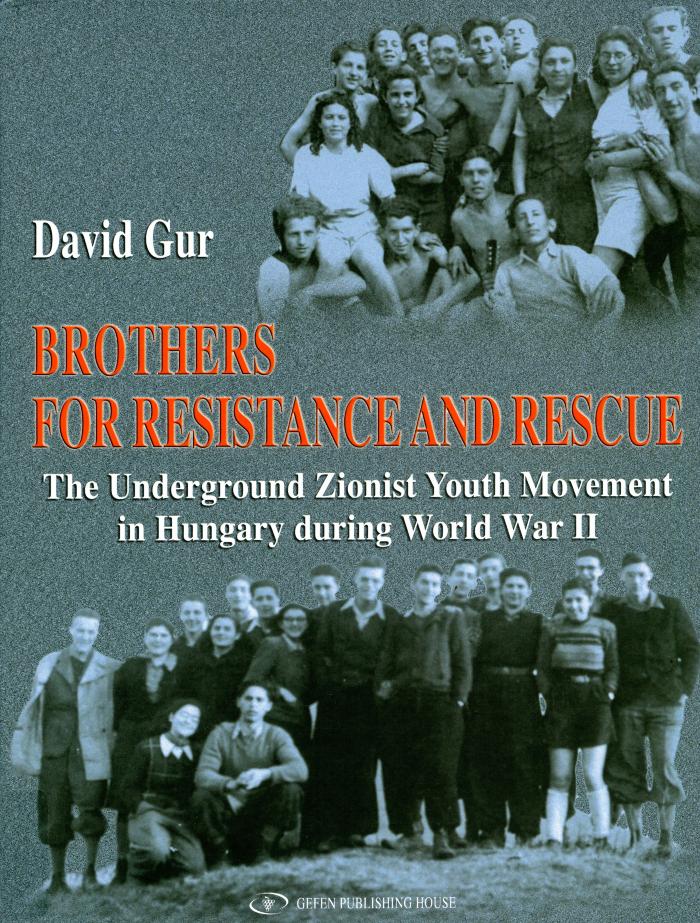 Brothers for resistance and rescue : the underground Zionist youth movement in Hungary during World War II

Find or request this item
Brothers for resistance and rescue : the underground Zionist youth movement in Hungary during World War II
Call No: 943.905 G97b
Available
Call Number943.905 G97b
Dates[2007]
Statement of ResponsibilityDavid Gur ; edited by Eli Netzer ; translated by Pamela Segev & Avri Fischer.
Creators & ContributorsGur, David (author)
Netser, Eli (editor)
Segev, Pamela (translator)
Fischer, Avri (translator)
Summary"This book contains one of the most inspiring pages in the history of Hungarian Jewry—the recruitment and organization of the Zionist Youth Movement in the year 1944, during the Nazi occupation. The youth movements mounted resistance against the Nazi conquerors and their Hungarian helpers, and were able to rescue many Jewish youth from the claws of extermination, as well as tens of thousands of Jews from Budapest and many, many more from among the prisoners and from forced labor camps throughout Hungary. This anthology presents 420 personalities from among the Zionist underground activists in Hungary in the year 1944, with their pictures and brief biographies. The material in this book was assembled sixty years after the events, and therefore record retrieval was a formidable challenge, yet we were able to locate and find details of approximately a third of the resistance activists." —Publisher
ContentsIntroduction
Foreword
Zionism In Red-white-green
The Underground Zionist Youth Movement
In Hungary During WWII
List of Zionist Youth Movements And Other Organizations That Took Part In The Underground Work And Activities In Hungary
Three Joint Operations
Underground Activists Names And Biographies
Epilogue
​​​​​​​
Physical Description 270 pages : illustrations, portraits ; 28 cm
Carrier Typevolume
LanguageEnglish, Translated by Pamela Segev & Avri Fischer.
PublisherNew York : Gefen
EditionEnlarged and Revised Edition
Notes
RecognitionGifted in 2015 by the The Society for the Research of the History of the Zionist Youth Movement in Hungary
Permalinkhttps://collections.vhec.org/Detail/objects/4825