Home > Library > The destruction of the Dutch Jews 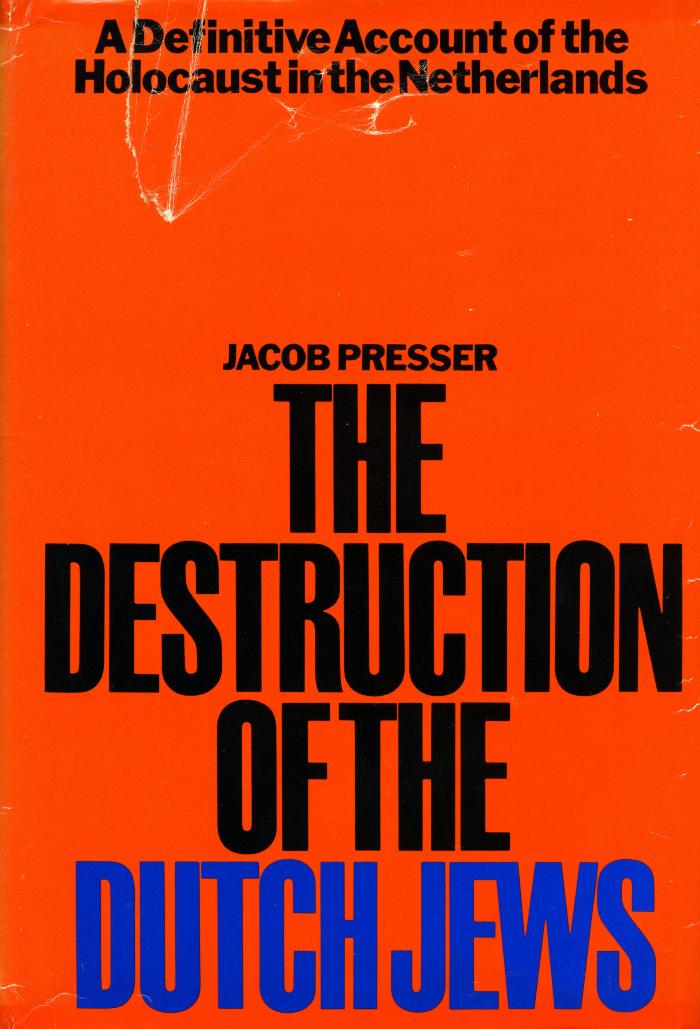 The destruction of the Dutch Jews

Find or request this item
The destruction of the Dutch Jews
Call No: 949.2071 P93d
Available
Call Number949.2071 P93d
Dates1969; ©1968
Statement of Responsibilityby Dr. J. Presser ; translated by Arnold Pomerans.
Creators & ContributorsPresser, J. (Jacob) (author)
Pomerans, Arnold (translator)
Summary"Beginning in 1940, 110,000 Jews were deported from the Netherlands to concentration camps. Of those, fewer than 6,000 returned. Ashes in the Wind is a story of murder, on a scale never known before, with organised malice and forethought. Jacob Presser documents the destruction of Dutch Jewry, from isolation to deportation and, ultimately, to extermination... Using 15 years of research Jacob Presser graphically recounts stories of persecution, life in the transit camps and the process of going into hiding." —Publisher of later edition
Contents1. Towards isolation: May 1940–December 1941 2. From isolation to deportation: September 1941–July 1942 3. The deportations: July 1942–September 1943 4. The state within a state 5. Aspects of persecution 6. Into hiding

Ashes in the wind : the destruction of Dutch Jewry
People