Home > Library > Where light and shadow meet : a memoir 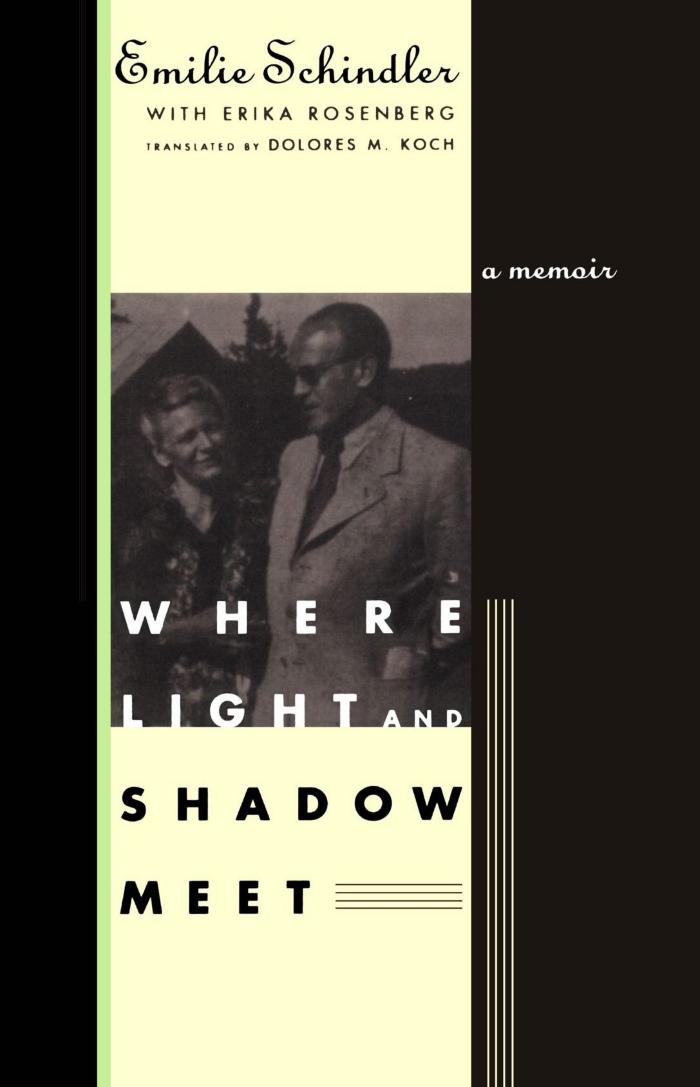 Where light and shadow meet : a memoir

Find or request this item
Where light and shadow meet : a memoir
Call No: 940.5318 S33w
Available
Call Number940.5318 S33w
Dates[1997]; ©1997
Statement of ResponsibilityEmilie Schindler with Erika Rosenberg ; translated by Dolores M. Koch.
Creators & ContributorsSchindler, Emilie (author)
Rosenberg, Erika (author)
Koch, Dolores M. (Dolores Mercedes) (translator)
Schindler, Oskar (subject)
Schindler, Emilie (subject)
Summary"In plain eloquence, the woman who married Oskar Schindler tells the true story of their life together, what they did to save the Jews in their factories, and what led to 'Schindler's list'... It soon became clear that her marriage would have both its passions and its betrayals. Yet Emilie stayed with Oskar through his growing involvement with the Nazis, working for counterintelligence with him. She first, then he later, came to realize the costs of the Nazi takeover and became witnesses to its terrors. Their inward allegiance changed even as they needed to maintain patriotic appearances and close affiliations with the Nazis in power. Through their work together at their two factories, saving the Jews became paramount for the Schindlers. Emilie nursed the Jewish factory workers when they fell ill, often saving their lives. She risked imprisonment or worse for her activities in the black market to feed them. Her stubbornness kept her fighting for food, even daring to ask a wealthy mill owner to give them grain to feed her starving workers. Where Light and Shadow Meet chronicles the Schindlers' flight after the war, the loss of almost all their possessions, and their eventual emigration to Argentina. There they settled on a farm, but barely scraped together an existence. Oskar returned to Germany, leaving Emilie to manage on her own. This is the story of one woman's daily acts of bravery during Hitler's reign and why it mattered. It is also the story of a marriage and of survival. Finally, it is the story of Emilie's strength in continuing on one day at a time." —Publisher
ContentsPrologue: From the Other Side of the World